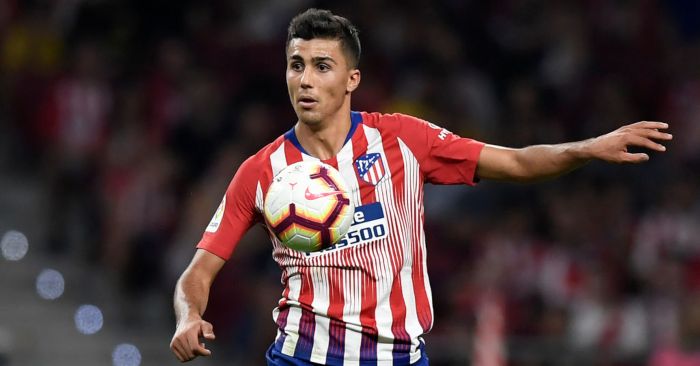 HE’S THE WAN
Manchester United are pretty much used to getting their own way. So when one club rejects a £25million bid, then a further ‘substantial’ offer of around £40m, they start to get a little p*ssed off.

Their natural reaction is to just throw more money at the issue. And so both The Sun and the Daily Mirror are among those reporting that they will chuck another £10m at Crystal Palace for Aaron Wan-Bissaka in the hope of finally landing the right-back.

The Sun say United believe Palace’s £60m valuation is ‘excessive’, with Ole Gunnar Solskjaer ‘in a hurry’ to sign the 21-year-old as he does not believe Palace will sell both Wan-Bissaka and Wilfried Zaha in the same transfer window. And he’s probably right.

MAGUIRE ENQUIRE
That story includes a throwaway line in the final paragraph: ‘Solskjaer would love to pair Wan-Bissaka with Harry Maguire, 26, as part of a new-look defence next season – but Leicester wants at least £80m for their centre-half.’

This is clearly something of an update from within Old Trafford, as it is echoed by both BBC Sport and Sky Sports. The former say United ‘are continuing to show interest’ in the man who drinks the vodka, drinks the Jager, and whose head is f***ing massive. But they make it clear that Leicester ‘are in a strong bargaining position’.

Sky add a little more information, suggesting Solskjaer ‘will go head to head’ with Manchester City in ‘a deal that would likely smash the record for an English defender’.

Leicester’s reluctance to sell Maguire means they have ‘not put a valuation’ on his block head, but a Sky source claims that the Foxes ‘believe he is worth in the region of £80m’.

While neither Manchester side is expected to spend that much right now, any fee ‘would almost certainly break’ the £50m it took for City to prise Kyle Walker from Daniel Levy’s cold, dead hands a couple of years back.

United have lined up Kalidou Koulibaly in case Maguire is unattainable. But if he does leave, Leicester have James Tarkowski in mind to replace him.

ALL RODRIS LEAD TO MANCHESTER
So that’s the right-back and centre-back positions sorted. A central midfielder wouldn’t go amiss.

The Spanish outlet say that there are ‘four club willing to pay their clause’ of €70m (£62.5m), with United and City joined by PSG and Bayern Munich. Same old bloody names all the bloody time.

They add that if Rodri does decide to leave his boyhood club, ‘it will not be for money’. His decision ‘will pass only and exclusively for the sports project,’ with ‘the Gordian knot’ – lovely phrase – right here:

‘In football, not in money. The decision of Rodrigo will have to do not only with the heart, but with the head, with choosing a path that allows him to develop in the best way as a professional footballer, where he can grow and become the best pivot in the world, which is his goal.’

But can he become the best pivot in the world if he’s playing alongside the current incumbent in Scott McTominay?

AND THE REST
Manchester United have told Real Madrid that midfielder Paul Pogba, 26, is not for sale and have refused to give a price for the Frenchman… Juventus are interested in re-signing Pogba, but the Serie A champions would have to sell up to five players to be able to afford the Manchester United midfielder… Arsenal have had a £43m bid for Denmark centre-back Joachim Andersen, 23, and Belgium midfielder Dennis Praet, 25, turned down by Italian club Sampdoria, who want £49m for the pair… Valencia are interested in Newcastle’s Spanish striker Ayoze Perez, 25… Premier League newcomers Aston Villa are preparing a £20m bid to sign England keeper Jack Butland, 26, from Stoke City… Manchester City are close to signing Derby County striker Liam Delap, the 16-year-old son of former Stoke midfielder Rory Delap.