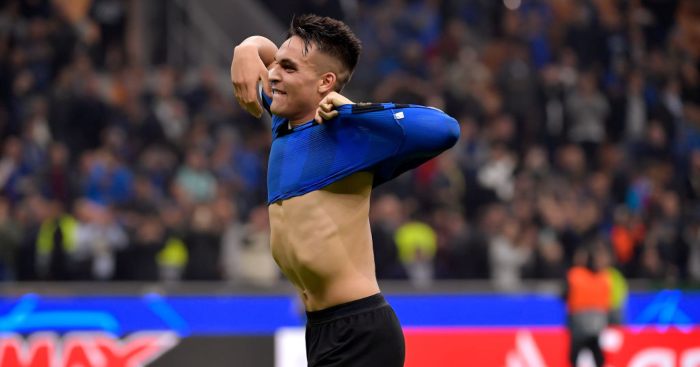 MAN UNITED INTER SOMETHING GOOD
It sounds suspiciously like Manchester United might just find themselves in the middle of a Venn diagram of clubs who a) have money and b) need a striker, but who are we to judge transfer claims from Spain about English clubs pursuing Argentine strikers in Italy?

Basically, Mundo Deportivo claim that Barcelona are interested in Inter Milan’s Lautaro Martinez, and that United offer competition for a player that will cost £95m. Quite why he would be interested in joining United in January is never explained, but what we do know is that he has scored seven goals in 13 games for Inter this season alongside the last prolific striker United bought for big money.

AND THEN HAALAND?
Well, well. Now we have The Guardian claiming that ‘Manchester United and Juventus head a queue of more than 20 clubs monitoring the progress of Erling Braut Haaland, with Red Bull Salzburg open to selling him in the summer’.

The price of the Norwegian is expected to rise above £50m in the summer but it is thought that United have something of an advantage because boss Ole Gunnar Solskjaer has already worked with the Champions League top scorer at Molde. But there is competition, with Barcelona, Real Madrid, Atlético Madrid, Manchester City, Arsenal, Bayern Munich and Chelsea along those who have also scouted Haaland.

GOING FOR A CHONG
Will Tahith Chong be the next Paul Pogba? The young Dutch winger is out of contract this summer and is pretty uninterested in signing a new deal after playing just 24 minutes of Premier League football this season and then missing out on Carabao Cup inclusion. The Daily Mail claim that Juventus are interested, which is ringing alarm bells after United lost Pogba for free and then spent an absolute fortune to bring him back to the club.

BREWSTER’S MILLIONS OF OPTIONS
Well, not millions – just the three are mentioned in The Sun along with the vague ‘clubs in Germany’ – but Liverpool striker Rhian Brewster does have options for loan deals in January if he wants to actually play some league football.

Those options are said to be Premier League club Crystal Palace as well as Championship options Bristol City and Swansea City. We suspect a few more names would be added to that list if it became clear that Brewster was indeed available.

AND THE REST
Manchester City are among the clubs tracking Steaua Bucharest’s 21-year-old Romanian forward Florinel Coman…Emre Can will be allowed to leave Juventus in January, with Manchester United, Bayern Munich and Paris St-Germain interested…Norwich City are a possible destination for Spartak Moscow’s Czech Republic holding midfielder Alex Kral