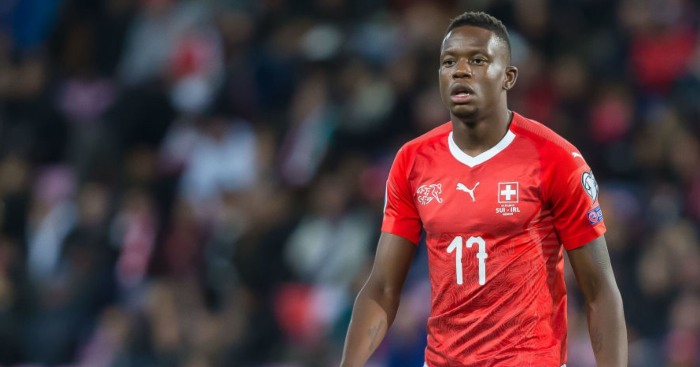 ZAKARIA FOR MANCHESTER UNITED?
Borussia Mönchengladbach midfielder Denis Zakaria has also been linked with Inter Milan, Borussia Dortmund, Tottenham and now Atletico Madrid, but for the purposes of headlines and hits, we are frankly only concerned by the interest of Manchester United. So who is Zakaria? Well he is a Swiss defensive midfielder who joined the Bundesliga club in 2o17 and has established himself – at the age of 22 – as one of their key players.

So how much would he cost? Well one of the figures mentioned is £43m, but there is a suggestion that his price may have soared higher by next summer.

Denis Zakaria in the Bundesliga this season:

Meanwhile, clubs are queuing up to take Manchester United midfielder James Garner on loan, with Preston, Wigan and Sunderland all said to be interested.

FABIAN FOR CITY?
We told you he would be perfect for Manchester United, and then The Guardian go and tell us that ‘Manchester City are stepping up their pursuit of Napoli’s Fabián Ruiz’, who is also a target for Barcelona and Real Madrid. Apparently City sent a scout to watch him against Red Bull Salzburg on Wednesday night and eyeing him up as a replacement for David Silva, which does not bode well for Phil ‘next David Silva’ Foden.

With those kind of suitors, Manchester United should probably forget about Ruiz and just concentrate on buying at least one Longstaff.

SPURS LINKED TO FOUR
Tottenham want to sign players with ‘athleticism and energy’, according to the Mail. And first on the list is a right-back, having accidentally not signed one in the summer when they let Kieran Trippier leave. And ‘Norwich’s Max Aarons and West Brom’s Nathan Ferguson are two of Spurs’s options for that position’, apparently. But they will not stop there, with Spurs intending to ‘strengthen in central defence, central midfield and attack’. Which is basically all of the football team.

According to the Mail, ‘they remain keen on Sporting Lisbon’s midfielder Bruno Fernandes and also have interest in Mainz forward Jean-Phillipe Mateta’.

AND THE REST
Tottenham are tracking the Brazil and Gremio forward Everton Soares…Chelsea scout Piet de Visser has urged the club to re-sign Nathan Ake from Bournemouth…Monaco have an option to buy their on-loan Leicester and Algeria striker Islam Slimani…Derby, Huddersfield and Swansea are monitoring Fleetwood midfielder Kyle Dempsey…West Brom are considering making a bid to re-sign English striker Dwight Gayle from Newcastle in January…Barcelona have identified Inter Milan defenders Stefan de Vrij and Milan Skriniar as possible targets.