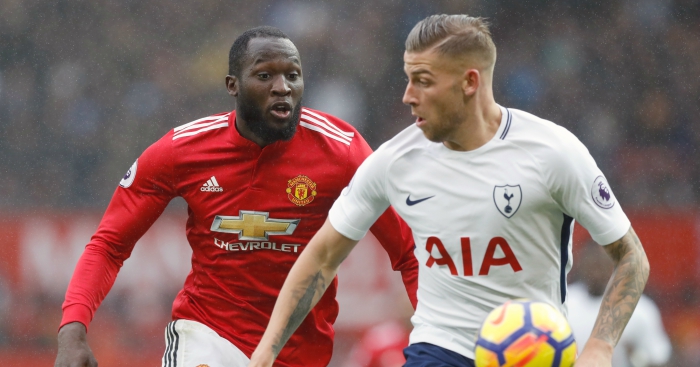 MAN UTD GIVEN GREEN LIGHT ON DEFENDER
‘JOSE Mourinho has been told by Manchester United that he can sign a defender next month,’ according to The Sun, who say Toby Alderweireld is the likely target after Kalidou Koulibaly was considered too expensive at £90m. And quite right too.

The Sun claim that this should not be seen as a vote of confidence in Mourinho, who is still likely to lose his job next summer if Manchester United do not recover into a Champions League place. They believe they can ge Tottenham man Alderweireld for £40m.

LIVERPOOL MOVE FOR HAZARD
He has scored eight goals and assisted six more for Borussia Mönchengladbach in the Bundesliga this season, and that’s the kind of form that attracts both Liverpool and Manchester United. Right now, there would be no competition about which club any player would join and Liga Financial (us neither) claim that the Reds are in ‘pole position’.

Thorgan Hazard is the target and he would cost just £26m because of a release clause with the German club, according to this latest report. Liverpool ‘will do everything to add him during the winter transfer window’, it says here.

MAN UNITED AND ARSENAL BATTLE
The target for both Arsenal and Manchester United is said – by The Sun – to be ‘Hertha Berlin wonderkid Arne Maier’, who is just 19 and is already being compared to Toni Kroos. He is likely to be called up by relegated Germany for a full call-up in 2019.

How much would he cost? Well this report says ‘he is rated at £15million by his club. But his age would mean the Prem giants would need to pay almost double that to get him.’ So does that mean he is rated at £30m? Who knows? It’s almost like there wasn’t a load of football on Sunday so there is more bollocks.

AND THE REST
Barcelona are being linked with a move for Richarlison to replace Luis Suarez…Marseille are being linked with Alberto Moreno and Nacho Monreal…Manchester City and Borussia Dortmund have watched West Ham’s Reece Oxford…Chelsea are looking to offload Victor Moses and Crystal Palace are among the clubs interested…Phil Foden will sign a six-year contract with Manchester City.