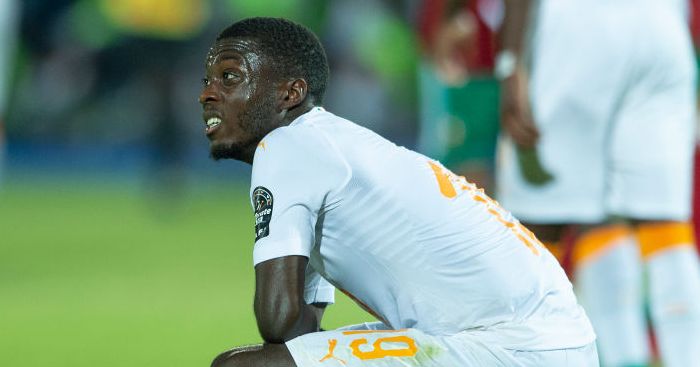 DIRTY HARRY
Despite the fact they are obviously a SHAMBLES, Manchester United have opted not to completely fold as a business. Rather, they ‘have renewed optimism’ over their quite literal biggest target.

The Daily Mail say a ‘lucrative contract offer’ is being prepared for Harry Maguire, with United of the belief that they can ‘strike a compromise closer to £75m’ for a player valued at £85m by Leicester.

With Manchester City ‘reluctant’ to go so high, United have ‘incentive’ to make their move. Having offered players in part-exchange, they will now pursue a straight cash deal.

PEPE TALK
It has all gone a bit quiet on the Nicolas Pepe front. Manchester United have been heavily linked to the winger, but cannot take their eyes off Maguire’s beautiful head. Manchester City were even mentioned along with Liverpool, who were ‘furious’ at their name being brought up – although Lille’s president later insisted they had held “discussions”.

It says a lot about Everton’s ambition that they wish to be involved in the conversation. And news of their ‘interest’ hardly comes from a spurious source: the Daily Telegraph mean business.

Whether Everton meet the Ligue Un club’s €65m (£58.5m) asking price ‘remains to be seen’. But the Toffees are certainly ‘exploring the possibility of a deal’ as Marco Silva ‘wants a left-footed attacker who can play on the right’.

But Pepe ‘is not the only candidate under consideration’. David Neres (£35m) is another target, along with Malcom (£31m) and Bertrand Traore (£25m).

They sadly do not want Diego Costa. Spoilsports.

PURE WILF
Over in north London, Arsenal ‘are refusing to give up on’ Wilfried Zaha. Which is awfully nice, but Crystal Palace couldn’t give a hoot.

John Cross of the Daily Mirror says the Gunners are contemplating offering up to three players in part-exchange for their next offer. Their first bid invited fury at Selhurst Park and ‘strengthened Palace’s resolve that they will not sell,’ but Arsenal hope to placate them by bringing Carl Jenkinson, Calum Chambers and/or Mohamed Elneny to the table.

It is unclear whether the offer would include just one of those players or a combination of all three, but Cross says Arsenal ‘will get nowhere near’ the £80m Palace are demanding. Lowering their own bid by including Jenkinson is a novel approach.

AND THE REST
Arsenal want to sign Barcelona winger Malcom, 22, with Everton having already bid £31.5m to sign the Brazilian… West Ham have proposed a deal to sign Juventus striker Gonzalo Higuain, 31, on loan for the season. The Argentina forward spent the latter half of last season on loan at Chelsea… Sheffield Wednesday manager Steve Bruce has asked the Championship club for permission to speak to Newcastle about becoming their new manager… Tottenham are leading Atletico Madrid in the race to sign Spanish midfielder Dani Olmo, 21, from Dinamo Zagreb in a £27m deal… Everton have had a bid of 30m euros rejected by Juventus for 19-year-old Italy striker Moise Kean… Wolves and West Ham are among the clubs trying to sign Edson Alvarez, a 21-year-old Mexican defender who currently plays for Liga MX side America… Aston Villa, Brighton, Bournemouth and Wolves have all been linked with moves for Liverpool winger Harry Wilson, 22, who spent last season on loan at Derby.