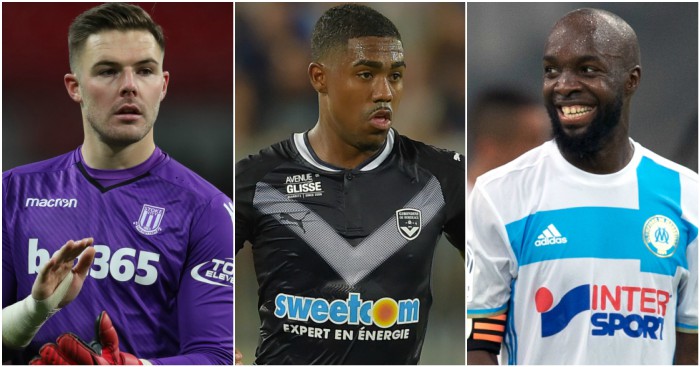 UNITED TO MISS OUT ON PSG TARGET
Man Utd are expected to miss out on the signing of Lassana Diarra, with PSG set to recruit the free-agent instead.

Former Chelsea, Arsenal and Portsmouth midfielder Diarra is up for grabs after leaving Al Jazira last month. Jose Mourinho was said to be exploring a deal to bring the workhorse with whom he worked at Real Madrid to Old Trafford, but ESPN are reporting that PSG are favourites.

The most surprising aspect of this story: Diarra is still only 32.

TOTTENHAM LINE UP MALCOM MOVE
Tottenham have emerged as the leading contenders to sign Malcom from Bordeaux, with Arsenal having cooled their interest in the 20-year-old.

The Telegraph claim Malcom’s representatives met with Spurs officials in London this week, though no party is in a hurry. It seems a summer deal rather than an immediate transfer is the most likely scenario, though no formal agreement has yet been reached.

Arsenal had been keen on the Brazil attacker but their focus has shifted to Pierre-Emerick Aubameyang and Henrikh Mkhitaryan as Arsene Wenger looks to replace Alexis Sanchez and Theo Walcott with more established talent.

Malcom is said to be up for working with Mauricio Pochettino, with Spurs likely to pay £35million initially with perhaps another £8.8million in add-ons.

BUTLAND EYED BY LIVERPOOL. BUT…
Jack Butland has been tentatively mentioned as a target for Liverpool, though the link was always somewhat tenuous, especially given Loris Karius seems to have some serious dirt on Jurgen Klopp. The German goalkeeper has been assured that he is now the Reds’ No.1 keeper, despite never having convinced anyone that he is worthy of the role.

So the Reds have again been linked with a £40million move for Stoke stopper Butland by the Daily Express. But if Klopp really was considering making an offer this month, he might want to read what Paul Lambert had to say on Friday about the prospect of selling the England stopper.

AND THE REST
Former Barcelona coach Luis Enrique is being lined up to replace Antonio Conte as Chelsea manager in the summer, with Juliano Belletti as his director of football…Pep Guardiola is Paris St-Germain’s number one target…Tottenham are expected to beat Arsenal to Bordeaux star Malcom.Liverpool were considering a £40m move for Stoke keeper Jack Butland but have been told the England keeper is not for sale…Besiktas are closing in on a £7.5m deal for Javier Hernandez…Crystal Palace have bid £9.75m for Inter Milan striker Eder…Everton are eyeing Lille defender Adama Soumaoro…Bournemouth will sell Benik Afobe if they can reclaim the £10m they paid Wolves…Chelsea will hold more talks with Roma over deals for left-back Emerson Palmieri and Edin Dzeko…Manchester United and Paris St-Germain are set to battle it out for French free agent Lassana Diarra…Borussia Dortmund are looking at Chelsea striker Michy Batshuayi…Arsenal are ready to include Olivier Giroud as part of the deal to sign Pierre-Emerick Aubameyang from Dortmund.