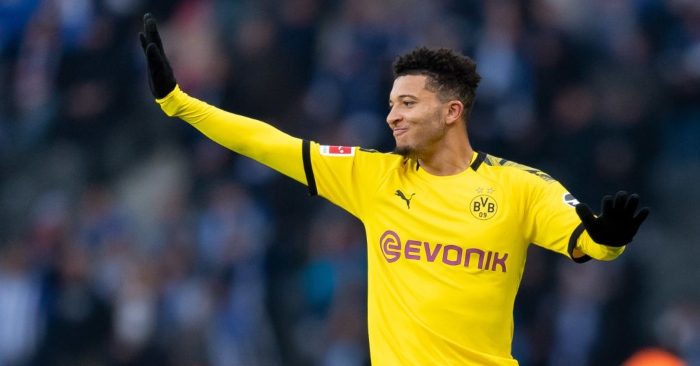 MAN UTD ‘BID FOR KULUSEVSKI’
Quite how reliable FC Inter News might be is unclear, but they are reporting that Manchester United have made a £21.5m bid for Atalanta winger Dejan Kulusevski, who is currently on loan at Parma. He has attracted a whole lot of interest, with Barcelona and Inter Milan among the clubs said to be interested in the Swede, who has been compared to Kevin de Bruyne.

Liverpool reportedly sent scouts to watch him play in a 1-0 defeat to AC Milan on Sunday and certainly, the price tag of close to £30m suggests that this is the kind of deal the Reds would favour. He is definitely cheaper than Jadon Sancho…

Most goals and assists by players aged 21-or-under in Europe’s top five leagues this season:

CHELSEA CONFIDENT ON SANCHO
Chelsea are ready to break their transfer record to sign Jadon Sancho, according to Goal. And what’s more, they are pretty confident they can sign the London-born winger just as soon as their transfer ban is lifted. It would cost north of £100m to sign the England man, who has racked up five goals and seven assists in the Bundesliga this season.

Manchester United are very keen on Sancho, but there is little chance of him swapping Champions League football for likely Europa League football, while Liverpool are interested but Jurgen Klopp has made it clear that the youngster is out of their price range. One thing is for certain; he is going nowhere in January, according to reports in Germany.

AND THE REST
Liverpool and Arsenal have joined Barcelona in the race for 17-year-old German striker Karim Adeyemi…Everton are preparing a new long-term deal for France left-back Lucas Digne…West Ham are leading Wolves in the battle to sign AC Milan and Ivory Coast midfielder Franck Kessie…Leeds United are planning an approach for Newcastle United striker Dwight Gayle…Leeds and Swansea are among clubs interested in signing Rhian Brewster on loan from Liverpool…Real Madrid are planning on including Vinicius Junior in any bid they make for Kylian Mbappe…Diego Simeone is heading for ‘divorce’ from Atletico Madrid.