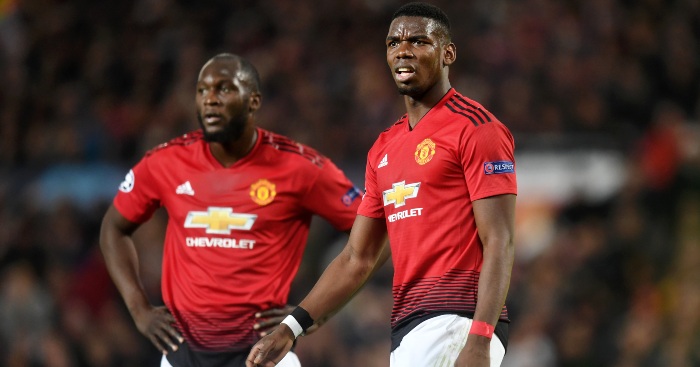 UNITED HIKE UP POGBA PRICE
Manchester United have apparently slapped an extra £30million on Paul Pogba’s price tag. Because why the f*ck not?

The Red Devils have been insisting that their record signing is not for sale despite his desire to leave and Mino Raiola’s meddling, but it was thought that an offer of £150million would soften their stance.

Real Madrid and Juventus were struggling to afford that sum – Juve had already backed away, apparently – so this weekend’s development makes it even less likely that Pogba will get his wish. According to The Mirror, United have reassessed their valuation to double the figure they paid Juve in 2016 because of Raiola’s posturing and in response to some of the prices they have been quoted while making enquiries over their own targets. Like Sean Longstaff.

United are digging their heels in over Romelu Lukaku too, with the centre-forward increasingly likely to remain at Old Trafford because the Red Devils are refusing to sell to Inter for anything less than the £75million they gave Everton two years ago. The Italians would have to smash their current 20-year-old transfer record – they paid £44.5million for Christian Vieri – by at least £30million to land Lukaku. The Telegraph suggests United want £90million for the Belgian.

REAL MAKING PLANS FOR PSG PAIR
Pogba is not Real Madrid’s only iron in the fire. Florentino Perez has spent a sodding fortune so far this summer while not yet recouping the kind of cash he was hoping to make through sales. But that isn’t stopping the Real president from getting ideas over the world’s most expensive player.

Neymar has made clear his desire to quit PSG, who responded in decisive fashion. The Brazil star can leave so long as the Parisians receive a satisfactory offer. Barcelona are leading the chase but doubts persist over their ability to meet PSG’s demands, especially just having spluffed £107.6million on Antoine Griezmann.

So, according to the Daily Star, Perez is keeping a very close eye on things because he still regrets not signing Neymar from Santos when he moved to Europe in 2013.

Zinedine Zidane also has a soft spot for Kylian Mbappe. Le10Sport claims the Real boss is in regular contact with the France striker in an attempt to persuade him to move to the Bernabeu but PSG would be unwilling to lose both of their biggest stars in the same window.

AND THE REST
Arsenal want £8.8m for wantaway captain Laurent Koscielny… As a consequence of Koscielny’s refusal to travel on tour, the Gunners could revive their interest in Benfica defender Ruben Dias… Man Utd could turn to Monaco centre-back Benoit Badiashile as an alternative to Harry Maguire… The 18-year-old is also being monitored by Wolves… West Ham are in talks with Eintracht Frankfurt over a £40million deal for Sebastian Haller… Juve have finally agreed a fee of £63m with Ajax for Matthijs de Ligt… Tottenham want Kalvin Phillips but Leeds are demanding £30m… Fulham might pay £15m for Brighton winger Anthony Knockaert… Everton have offered £200,00 for Fleetwood’s England Under-19 keeper Billy Crellin.