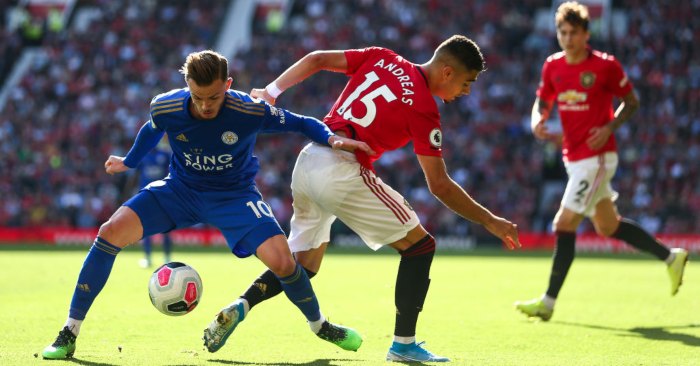 MADDISON TO MAN UNITED?
‘United hope Maddison will follow Maguire’ is the headline in The Times as Paul Hirst claims that Manchester United – for it is they – ‘will test Leicester City’s resolve to keep hold of James Maddison’ as they will move for the attacking midfielder next summer. It sounds like a no-brainer because it is; Maddison is young and British.

So how much? Hirst says Leicester would want to at least treble their money on Maddison – which would take the price beyond £60m – but after watching them extract £80m from their coffers for Harry Maguire, we would suggest a similar sum would be required for the former Norwich man.

LIVERPOOL DUO EYED
The obvious response to claims in AS that both Barcelona and Real Madrid are eyeing the dream duo of Jurgen Klopp and Virgil van Dijk is ‘of course they are’. That pair has just won the Champions League and are leading the Premier League, while the Spanish giants failed in Europe last season and have both dropped points this season. Why wouldn’t they want Klopp and the the most coveted centre-half in Europe.

But as AS admit themselves – via Google Translate – ‘at the moment, it does not seem that Liverpool is going to put facilities for the exit of the central and the German coach has already dropped that it could take a sabbatical period after a few years of intense work that have allowed him to make his team a European champion’. Exactly. Basically, no chance amigos.

AND THE REST
Arsenal are set to win the race for the signature of Sunderland’s English teenager Logan Pye…Manchester United’s Serbian midfielder Nemanja Matic is a target for Juventus in January…United had scouts checking out Kosovo striker Vedat Muri…Christian Eriksen is snubbing every Tottenham contract offer because he wants to join Real Madrid.