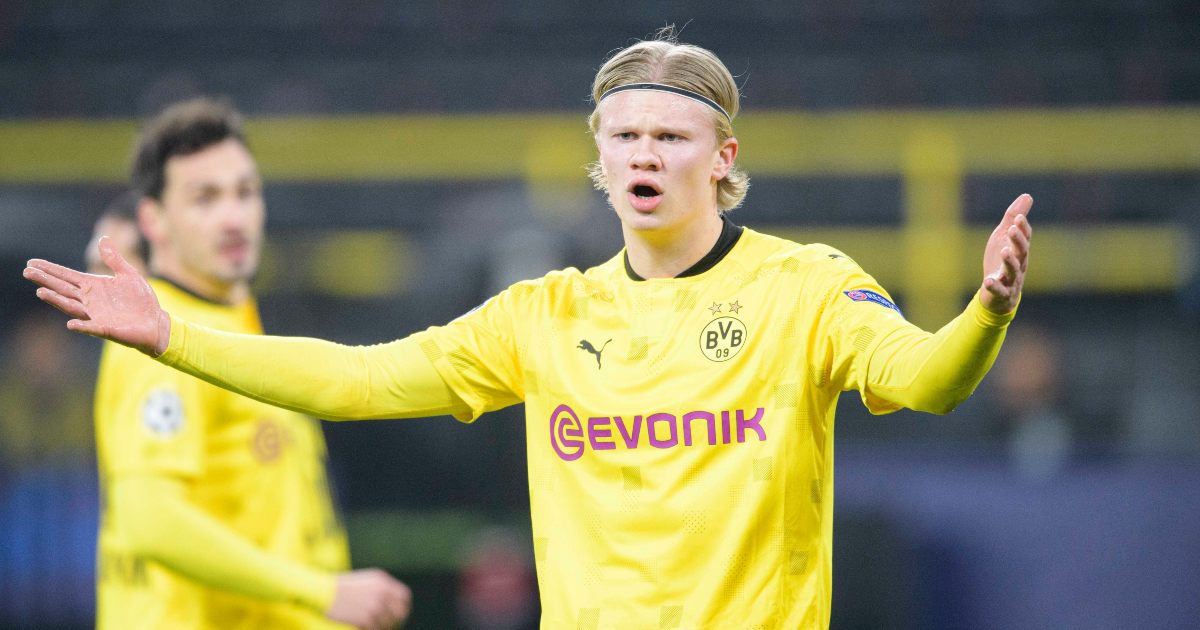 Man Utd have been ‘priced out’ of a move for Erling Haaland, while they are keen on a €30m defender…

MAN CITY LEAD HAALAND RACE
Manchester City are leading the race to sign Borussia Dortmund striker Erling Haaland with Manchester United ‘priced out’ of the race, according to reports.

Haaland’s amazing goalscoring record of 76 goals in his last 74 matches in all competitions for the Bundesliga club and former side RB Salzburg has attracted major interest from clubs around Europe. The likes of Man Utd, Liverpool, Chelsea, Real Madrid and Paris Saint-Germain have all been linked with the 20-year-old.

However, the Daily Mail claim it is Man City who are ‘emerging as favourites’ to land Haaland with the Red Devils ‘reluctant to enter a bidding war’. The report adds that it is City, Chelsea and Real Madrid  that ‘will lead the chase’ if Haaland leaves Signal Iduna Park this summer as Man Utd will ‘struggle to compete financially with their Premier League rivals in the current economic climate’.

The presence of Haaland’s agent Mino Raiola in negotiations  has also made United ‘wary’ of doing business after their difficult dealings with him over Paul Pogba. It is understood that ‘initial contact has been made between City and the Haaland camp’ while Chelsea are said to have the ‘resources’ to pull off a deal.

MANCINI TO OLD TRAFFORD?
No, not that one. Manchester United are looking to bring Roma defender Gianluca Mancini to Old Trafford in the summer transfer window, acccording to reports.

It has been rumoured for much of the season that Ole Gunnar Solskjaer and the recruitment team at United will look to bring in another centre-back to play alongside Harry Maguire. Victor Lindelof and Eric Bailly have both been played there this season but neither player has impressed Solskjaer enough for him to change his transfer plans.

And Calciomercato (via Sport Witness) claims that Man Utd have ‘been moving’ for Mancini ‘in recent weeks’. Roma are keen to keep their ‘pillar for the future’ but that ‘everything will depend on offers’. The report adds that ‘the top clubs of the Premier League can come up with proposals of around €30m’ and suggests Man Utd would be looking to set that as a ceiling for any deal.

AND THE REST…
Manchester City are eyeing a potential move for Atletico Madrid striker Joao Felix as a possible replacement for Sergio Aguero…Lionel Messi’s father is set to travel to Barcelona on Monday to discuss the Argentina superstar’s future at the club…Cristiano Ronaldo’s agent Jorge Mendes has spoken to Real Madrid about the possibility of the Portugal forward returning to the Bernabeu from Juventus…Manchester United will listen to offers for David de Gea…Crystal Palace remain interested in Chelsea midfielder Conor Gallagher.