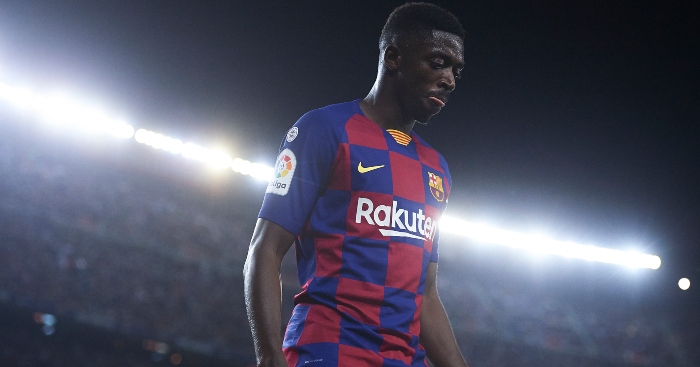 MAN UTD NOT GIVING UP ON ERIKSEN
Manchester United are still p*ssing in the wind when it comes to Christian Eriksen. The Mirror claims that the Red Devils still hope to persuade the Denmark star to join them in January, despite having been custard-pied last summer.

Eriksen has made no attempt to hide his desire to leave Spurs and his form suggests he feels he doesn’t need to put himself in the shop window. His preference remains for a move to Spain, ideally to Real Madrid.

REAL TARGET AJAX MIDFIELDER
But Real have other irons in the fire. Dutch outlet Telegraaf says Ajax midfielder Donny van de Beek is a target for next summer.

Van der Beek has five goals and four assists for Ajax this season and Real are reportedly willing to fork out around £46million to land the 22-year-old Holland star.

CITY IN DEMBELE TALKS
Ousmane Dembele is another 22-year-old set to be on the move. The France winger has endured a frustrating couple of years since Barcelona spent a sodding fortune to sign him from Borussia Dortmund and Barca are looking to recoup as much of their investment as possible.

El Desmarque reports that Demebele’s agent has met with Manchester City and Chelsea, with City ‘the team that would be more willing to pay’ around £80million for the winger.

Excuse us while we file this one under ‘bullsh*t’.

LATEST WHISPERS ON ARSENAL, EVERTON AND BAYERN VACANCIES
Everton sacked Marco Silva last night and the Toffees appear strong enough to resist Alan Pardew’s come-and-get-me plea if this morning’s reports are anything to go by. The Daily Mail reckons Shanghai SIPG boss Vitor Pereira is in contention for the job following an impressive interview SIX YEARS AGO.

Arsenal are said to have held their first round of interviews over their permanent vacancy, with The Telegraph claiming the Gunners are focusing on out-of-work managers. Which Freddie Ljungberg could become unless he can mastermind a swift and dramatic improvement following the home defeat to Brighton on Thursday night…

The Gunners may have less competition for Mauricio Pochettino if indeed they are interested in the former Tottenham boss. Bild says Bayern Munich won’t be appointing the Argentine boss any time soon, while another contender for both clubs, Max Allegri, has said that he won’t return to work until next summer, but in the meantime, the Italian is having English lessons.