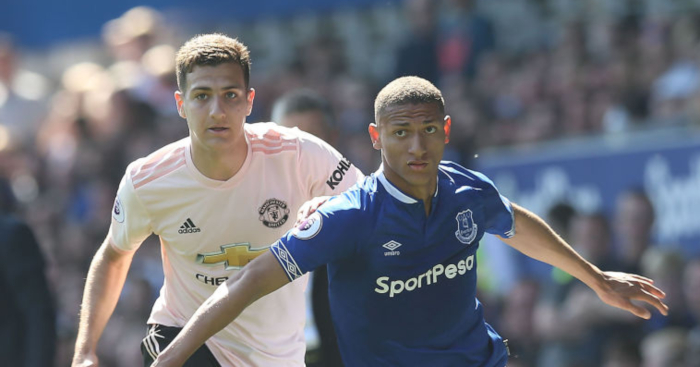 DON’T BE RASH
Apologies in advance, for this is pretty much a Manchester United-based gossip. Yes, it’s boring, but a) we’ve warned you, and b) it is a pretty hilarious mess.

There is no understatement whatsoever in the suggestion from The Sun that ‘Ole Gunnar Solskjaer is ready to rip up his squad’. That line comes in an exclusive from Martin Lipton that claims Barcelona are ‘confident’ of signing Marcus Rashford.

The Spanish club ‘are ready to take advantage’ of an impasse in contract negotiations between United and Rashford, whose current deal expires in 2020. But Barcelona want to throw another spanner in the works by offering £100m to tempt Rashford away, with the forward potentially contemplating a future without Champions League football.

KING ERIC
The Sun are responsible for another United transfer exclusive, with Mike McGrath revealing the sale of Eric Bailly will represent the start of their ‘summer clear-out’.

The centre-half has not featured since his nightmarish turn at right-back in the Champions League tie against PSG in early March, when he was substituted before half-time with an injury. He has played 566 Premier League minutes this season, and has played just three games more than Sergio Romero under Solskjaer.

So he sounds pretty perfect for an Arsenal side desperately in need of defensive improvement. Unai Emery took a fancy to the Ivorian during their respective times in La Liga, and will ‘start negotiations at £20m’.

For those keeping count, that’s a cool £120m United are netting thus far.

De Gea too has one year left on his contract – they really have messed up with those, haven’t they? – and the French giants will look to take advantage. ‘A £60million offer will ramp up the pressure to accept – or lose him for nothing within a year,’ McGrath writes.

Darts fans will be delighted with the current running tally now.

He will ‘have to drop his demands significantly’ in terms of wages, but Inter Milan have shown an interest in the Chilean. Miguel Delaney quotes a source as saying his current £500,000-a-week earnings at Old Trafford mean there is “almost no market for him”.

Inter are therefore ‘one of the only major European sides interested,’ with Sanchez’s camp ‘considering whether it would be worth the cut’ to get him out of Old Trafford. Wait until they tell him he will have to have more than one touch per game.

Unfortunately there is no mention of a potential fee, but with more than three years remaining on his unfathomably ridiculous contract, United surely won’t just let him go for free?

STEALING FROM THE RICH
Enough about the outgoings. How about the inevitably slapdash and aimless incomings?

The Daily Telegraph say that Solskjaer ‘is understood to want as many as five signings, including a versatile forward’. And Jason Burt is kind enough to offer a specific name in the form of Everton’s Richarlison.

He fits the bill as someone ‘who can play in a number of positions across the front-line,’ and he was first mentioned as a target within the club shortly before the Champions League quarter-final second-leg defeat to Barcelona.

The Spanish club have also been linked with Richarlison, who Everton signed for an initial £35m, possibly rising to £50m, last summer. The Toffees would quite understandably want considerably more to let him go, considering he is their joint-top goalscorer and is contracted to the club until 2023.

BELGIAN WAFFLE
But that’s not all. The final line comes from the Daily Mirror, who quote RMC Sport as saying PSG have set a price for Thomas Meunier.

Arsenal, Chelsea and United all want the Belgian right-back, whose contract expires at the end of next season. But as a relatively young (27) international (30 caps), PSG won’t let him go for peanuts. They would want £26m for him.

All that adds up to a United outlay of well over £251m – depending on how much Richarlison would actually cost – to offset the £180m-plus (Sanchez-dependent) in sales. Lovely.

AND THE REST
Chelsea will look to Barcelona’s Brazil playmaker Philippe Coutinho, should they lose Eden Hazard this summer. Hazard, 28, has been linked with a move to Real Madrid and the Blues view 26-year-old Coutinho as an ideal replacement if their transfer embargo is delayed… Arsenal intend to rival Premier League rivals Everton for the signing of Barcelona’s Portugal midfielder Andre Gomes, 25… Everton are in the race to sign Aston Villa’s English striker Tammy Abraham, 21… Tottenham want to sign Roma and Italy midfielder Nicolo Zaniolo, 19… Leicester are exploring the possibility of signing Atalanta and Italy striker Andrea Petagna, 23… West Ham are weighing up a move for Real Madrid’s Spain midfielder Dani Ceballos, 22.