Home Gossip Gossip: Man Utd to get rid of £87m pair this week 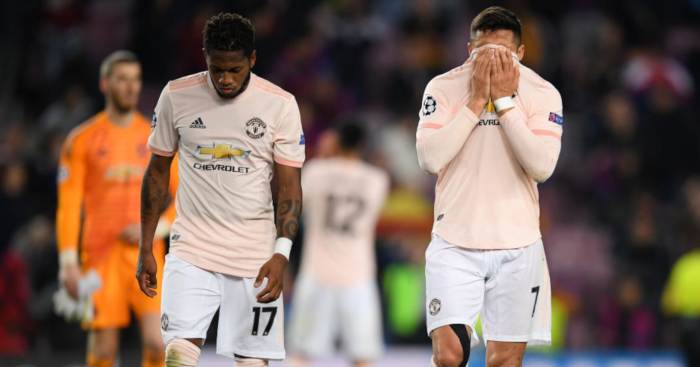 INTER RENEW SANCHEZ PURSUIT
Ole Gunnar Solskjaer was hedging his bets over Alexis Sanchez at the weekend, suggesting he would still have a role to play at Manchester United this season if he was still lingering around the club beyond next Monday’s European transfer deadline. But Inter Milan remain keen to relieve Solskjaer of this particular problem and they appear in a hurry to do so.

According to The Mirror, Inter have reached out to United in the hope of reaching an agreement by the middle of this week. There is a will from all sides to get the deal done but Sanchez’s ridiculous salary makes for a difficult negotiation.

Inter have so far refused to come close to meeting United’s demands that they pay at least £5million of Sanchez’s wages during the course of a season-long loan deal before having the option of making it a permanent arrangement for £15million next summer.

United don’t have to budge – they’ll be paying a huge slice of Sanchez’s salary regardless of whether he is tearing up Serie A or draining the energy from everyone at Old Trafford. But since the club have failed to shift most of the deadwood Solskjaer wanted rid, it’s probably time to swallow the pill and draw a line under one of their worst pieces of transfer business ever.

FRED OFF TO FLORENCE?
Speaking of which, Fred could be off to Italy too.

The £52million midfielder hasn’t been seen this season, even though United are desperately short in midfield. He missed part of the pre-season tour for the sake of his latest wedding ceremony but the 26-year-old has been conspicuous by his absence since.

Fiorentina are apparently willing to offer him a game. Calciomercato claims La Viola are interested in taking the Brazilian on a permanent deal. Though United would have to accept around half the figure they paid Shakhtar Donetsk last year.

BARCA REBUFFED AGAIN OVER NEYMAR
Another Brazilian is likely to dominate the agenda over the coming week. Neymar wants to return to Spain, with Real Madrid and Barcelona both keen to satisfy his desire.

Whether they can meet PSG’s wishes is the most important question to resolve. Neither club can afford the attacker outright, so both are doing their best to tempt PSG with part-exchange deals.

According to Telefoot, Barca have received their fourth custard pie of the summer following an offer which included Ousmane Dembele. Thomas Tuchel would be satisfied with a a reunion with the winger he worked with at Borussia Dortmund, but PSG continue to play hardball while squeezing Barca’s balls.

AND THE REST
Tottenham are concerned they could lose Christian Eriksen for as little as £30m before next week’s European deadline… Victor Wanyama has been offered a five-year £65,000-a-week contract by Club Bruges… Norwich could make an offer for Stoke keeper Jack Butland in January… Bordeaux want Arsenal midfielder Mohamed Elneny on loan… Kalvin Phillips wants £40,000 a week to stay at Leeds… Filipe Luis turned down Man City, Lyon and Borussia Dortmund before joining Flamengo… Former Leicester right-back Danny Simpson is in talks with French side Amiens… Chelsea have invited Exeter midfielder Ben Chrisene, 15, on trail.