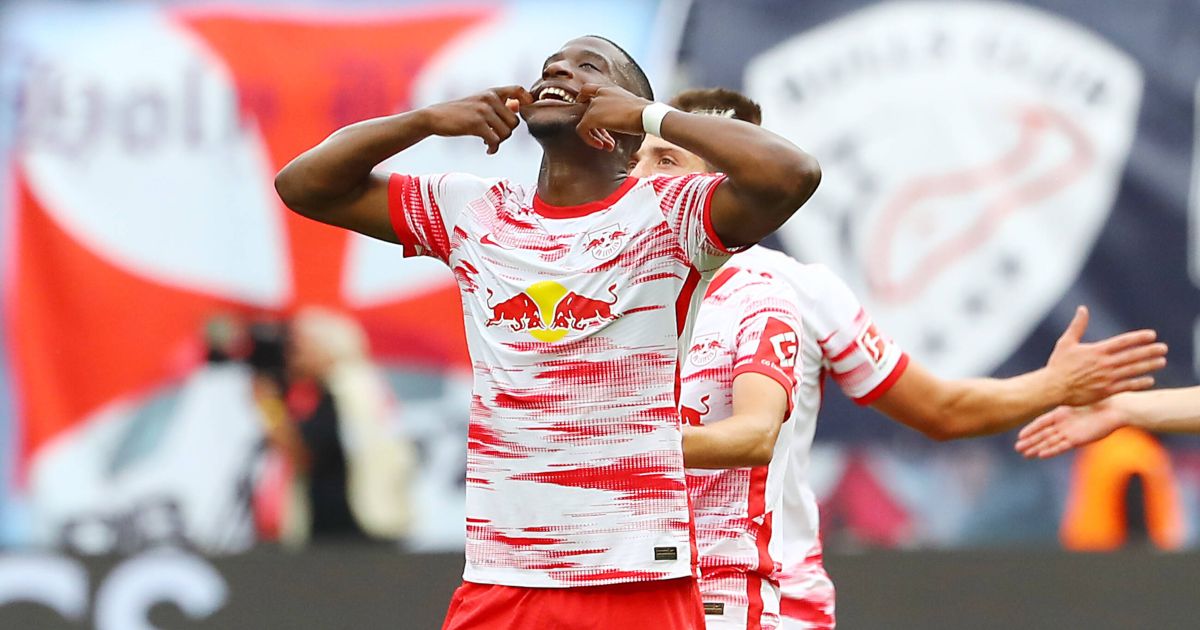 Man Utd are ready to make an offer for a Bundesliga star, while Liverpool are again showing interest in a forward…

MAN UTD WANT BUNDESLIGA DEFENDER
The search for a new right-back at Man Utd has brought them to the Bundesliga with the Red Devils reportedly interested in buying RB Leipzig’s Nordi Mukiele.

Ole Gunnar Solskjaer wanted to reinforce his backline in the summer with some competition for Aaron Wan-Bissaka at right-back. Atletico Madrid’s Kieran Trippier was understood to be on their radar – with Man Utd making a bid – but the Premier League club’s board were eventually put off by Atletico’s high asking price.

Man Utd signed Jadon Sancho, Tom Heaton, Raphael Varane and Cristiano Ronaldo in the summer transfer window and they will now leave it until next year to bring in another right-back. Diogo Dalot, who spent last season on loan at AC Milan will provide adequate back-up in the meantime.

When they do make their move next summer, it is understood that Mukiele is towards the top of their list. After impressing at Leipzig since his move there from Montpellier in 2018, Mukiele was recently rewarded with his first cap for France.

And now Spanish publication Fichajes claims that Man Utd are set to make a move next summer with the club’s hierarchy ‘not convinced’ about Dalot or Wan-Bissaka. The plan is to find a new starting right-back before attempting to sell Dalot to Jose Mourinho’s Roma.

United will look to avoid the English market so they don’t have to make ‘such a big investment’ with Mukiele in their ‘sights’. Man Utd ‘want to take advantage’ of his contract situation at the Red Bull Arena with his current deal expiring in June 2023.

The report adds that the Red Devils will ‘make an interesting offer’ for Mukiele as ‘it is an opportunity that they do not want to miss’.

LIVERPOOL TO COMPETE FOR €100M MAN
Liverpool will look to sign attacking reinforcements next summer with Juventus forward Federico Chiesa top of their list, according to reports.

Despite rumours that the Reds were going to buy Chiesa in the summer, it is understood that they never made an official offer with Chiesa considered ‘untouchable’ by the Juventus hierarchy.

Chiesa played a starring role in the summer as Italy won Euro 2020 and raising his profile in the process. Chelsea and Bayern Munich are also understood to be in the mix for the Juventus star, who contributed eight goals and eight assists in Serie A last term.

And now Italian website Calciomercato (via Sport Witness) claims that Liverpool are showing ‘strong interest’ in the Italian with Chiesa a ‘very sought-after’ player following his performances at the Euros. Juventus see him as a ‘real top player’ that they want to keep hold of at all costs.

Despite being rated at around €100m, Juventus are willing to snub offers in that region to keep the player in Turin with report claiming interest from Liverpool doesn’t ‘frighten’ the Old Lady. Juve don’t want to sell as they consider him ‘at the centre of the village’.

AND THE REST…
Juventus are prepared to sell Aaron Ramsey in January – with West Ham, Everton and Newcastle United interested…Inter Milan have placed Arsenal goalkeeper Bernd Leno on their list of targets…Tottenham are considering a move for Juventus and attacking midfielder Dejan Kulusevski…Chelsea are willing to sell N’Golo Kante next summer…Leicester City defender Caglar Soyuncu is on the radar of Real Madrid…West Ham want to sign Clermont striker Mohamed Bayo.