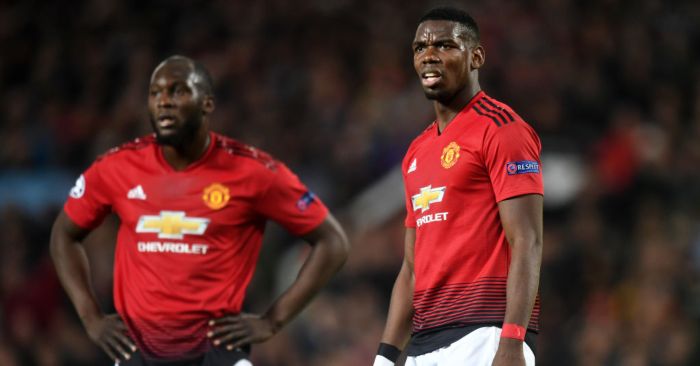 LUK OF THE DRAW
The Gazzetta dello Sport’s claim that Inter Milan want Romelu Lukaku makes some kind of sense. Antonio Conte has recently taken over at San Siro and, of course, he knows Lukaku very well from his time in England.

The reported finances are incredible, though. A £62m transfer fee, a contract loaded with ‘6.2m in bonuses’ – how weirdly precise is that? – and presumably a very generous basic wage. It’s stranger still given that Mauro Icardi and Lautaro Martinez are at the San Siro.

Lukaku has spent the early summer doing what he does best: talking to the press about his future – and it does sound as if he fancies a move to Italy just a little bit.

“I am a big fan of Serie A, who knows me is aware that I wanted to play in the Premier League and that I also want to play in Serie A. Cristiano Ronaldo arrived in Italy last season, Sarri will go to Juve, Ancelotti is at Naples, the Serie A will be thrilling next season.

“My agent will speak with Manchester United. I’ve already taken my decision. The club need to decide but my agent wants the best for me, I am sure it’ll be an agitated summer.”

POGBACK? AGAIN?
Sky Sports have raided their Italian affiliates to report that Juventus sporting director Fabio Paratici is in England to negotiate the re-signing of Paul Pogba from Manchester United.

An interesting one, because Paratici himself was for a long time supposedly of interest to United.

Anyway, Sky have us a little bit sceptical with their suggestion that Juve’s move for Pogba would involve Joao Cancelo moving the other way. And also with their report that Paratici has been engaged in all kinds of other business: in London to negotiate compensation for Maurizio Sarri with Chelsea, and in Lyon to register an interest in midfielder Tanguy Ndombele.

But Pogba? The Juve midfield certainly needs an upgrade, but with United reportedly after a fee of around £150m, it seems unlikely that, having done what they did with Cristiano Ronaldo a year ago, the Italian club could complete a deal without piquing the interest of UEFA’s Financial Fair Play committee.

NO FEK-ING WAY
The Independent are shooting down claims that Liverpool are trying to resurrect a deal for Nabil Fekir. The player obviously came very close to moving Anfield last summer, before his troubling injury history caused some jitters, and the French press are convinced that Liverpool are sniffing around again.

Not so apparently, because the Indy believe that the decision makers at Anfield still don’t trust Fekir’s knee and, although Lyon President Jean-Michel Aulas is on record admitting that the player is likely to leave, the Premier League club aren’t keen on meeting his £45m asking price.

AND THE REST
Manchester City aren’t keen on paying £90m for Harry Maguire… Spurs do want to break their transfer-record for Giovani Lo Celso…Dortmund want Laurent Koscielny… Ryan Fraser isn’t too eager to join Arsenal…. but Thomas Meunier might be….Ivan Rakitic is up for grabs…Tiemoue Bakayoko is being dragged back to Chelsea against his will…. Stoke might replace the exit-bound Jack Butland with Joe Hart…. Kurt Zouma is not heading back to Everton on a permanent basis.