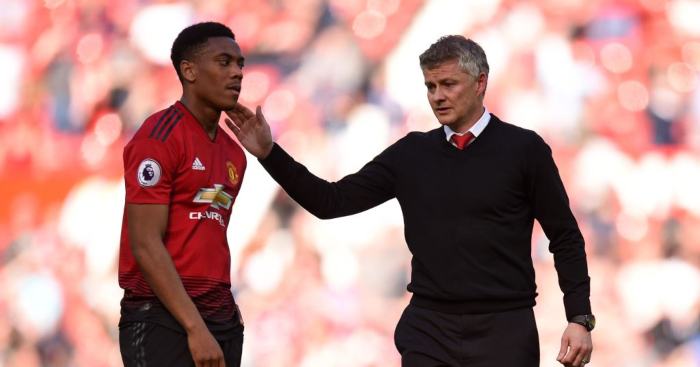 OLE TARGETS POACHER NEXT SUMMER
“I do like the one who scores scrappy goals in and around the box, a young Ole or something,” said Ole Gunnar Solskjaer on Friday. “It doesn’t have to be a 1m95 centre-forward. It could be sometimes if we want to play with two up, maybe a different type to what we have.”

On Friday, Solskjaer admitted that they were “one down” after allowing both Romelu Lukaku and Alexis Sanchez to leave this summer. The club failed to convince Paulo Dybala (who could yet join PSG) to join the club, so will target a prolific striker along with long-term target Jadon Sancho next summer, according to the Evening Standard.

FERNANDES TO REAL?
One player Manchester United were linked to 427 times this summer was Bruno Fernandes. Now it looks like he will get his actual dream move to Real Madrid, with Fiorentina sporting director Daniele Prade spilling the beans when he wass asked about the possibility of the Italian club moving for Raphinha.

“Sporting could be finished in the market because Bruno Fernandes will go to Real Madrid €70 million,” he said. It is thought that Fernandes is Real’s more affordable target after the baulked at prices for Paul Pogba and Christian Eriksen.

NEYMAR BLAH BLAH BLAH
Basically the deal is not done, with PSG Sporting Director Leonardo saying on Friday night: “The negotiations aren’t dead but there is no agreement because our requests haven’t been accepted. We are open to talk about players, but there is no agreement. The position of PSG and Neymar has always been clear, if a satisfactory offer arrived then he could leave, but that is not the case.”

It looks like PSG are winning the game of brinkmanship…

FCB “practically out of a deal for Neymar”

FCB would like a cheaper cash deal despite agreement#veryverydifficult https://t.co/XoHdCHxFtK

AND THE REST
Real Madrid have agreed to sell Costa Rica goalkeeper Keylor Navas to Paris St-Germain, on the condition that French keeper Alphonse Areola heads in the opposite direction on loan…Atletico Madrid are signing Mauro Icardi on loan from Inter Milan…Matteo Darmian will finally leave Manchester United for Parma.