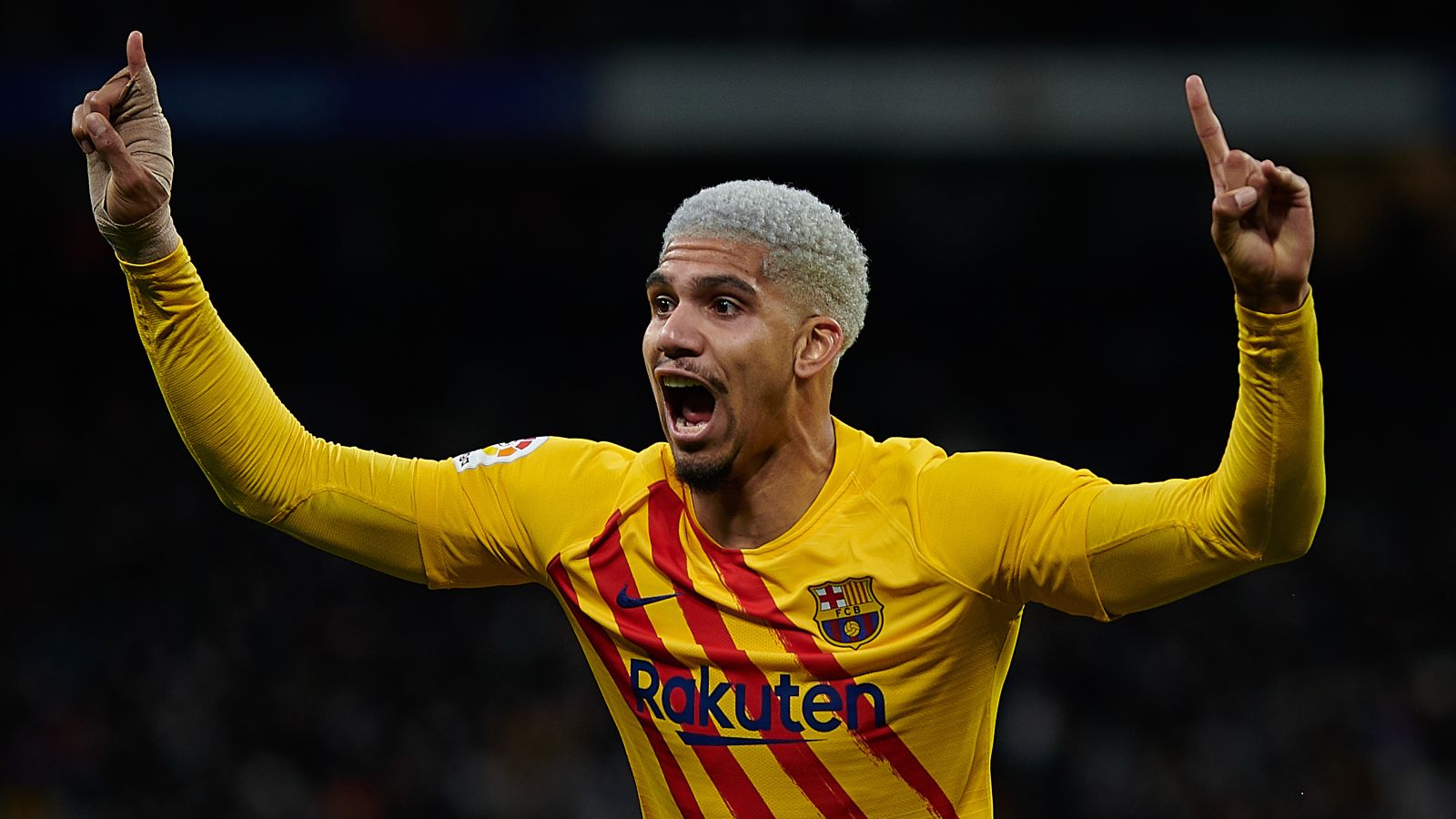 Man Utd are now prepared to meet Barcelona’s demands for their defender, while Liverpool could sign a forward…

MAN UTD READY TO PAY UP
Man Utd are prepared to give Barcelona what they want in the race to sign defender Ronald Araujo, according to reports in Spain.

It was reported last month that the Premier League giants had ‘already approached’ Araujo with Barcelona struggling to renew his contract. His current deal expires in 2023 and the young defender is looking for a substantial pay rise to stay in Catalonia.

His current deal expires in 2023 and the young defender is looking for a substantial pay rise to stay in Catalonia. It has been reported previously that Man Utd are prepared to offer around double that amount to get him to move to Old Trafford.

And now Spanish publication Nacional claims that Barcelona are ‘already resigned’ to losing Araujo with the club and player remaining ‘very far apart’ in negotiations. Andreas Christensen was all but confirmed as a new Barcelona player the other day after president Joan Laporta announced the signing of a midfielder and centre-back at the end of the season.

It is understood that Man Utd are ‘willing to pay whatever’ it takes to sign Araujo The Red Devils ‘can afford’ the €40m asking price that Barcelona are demanding this summer ‘without any problem’.

MARTINEZ TO ANFIELD?
Inter Milan striker Lautaro Martinez could be on his way to Anfield if Liverpool can’t keep hold of Mo Salah this summer, according to reports in Italy.

The Sunday Mirror insists that Salah is ‘finally on brink of agreeing new Liverpool contract for rest of his career’ but journalist Niccolo Ceccarini has told Tuttosport that the Reds are still lining up a possible replacement in case he leaves.

It is understood that Inter are keen to keep Martinez at the club but that a transfer to Liverpool in the summer window is a “possibility” if Salah moves on.

“As for Lautaro, the club’s (Inter’s) position is very clear,” Ceccarini said.

“The Argentine striker remains central and fundamental in the Nerazzurri project, but in the face of a big offer, Inter will still make a reflection.

“We have to understand if a big European name will come forward concretely. Liverpool is a possibility, especially if Salah should leave at the end of this season.”

AND THE REST…
Real Madrid are among the clubs interested in discussing a deal for Chelsea midfielder N’Golo Kante if he becomes available this summer…Newcastle United are willing to sell Allan Saint-Maximin for about £50m this summer and Aston Villa are one of the clubs monitoring the situation…Liverpool forward Divock Origi is close to agreeing a four-year contract with AC Milan…Ajax boss Erik ten Hag has a release clause of just more than £1.7m that Man Utd would have to pay if they appointed the 52-year-old as manager.