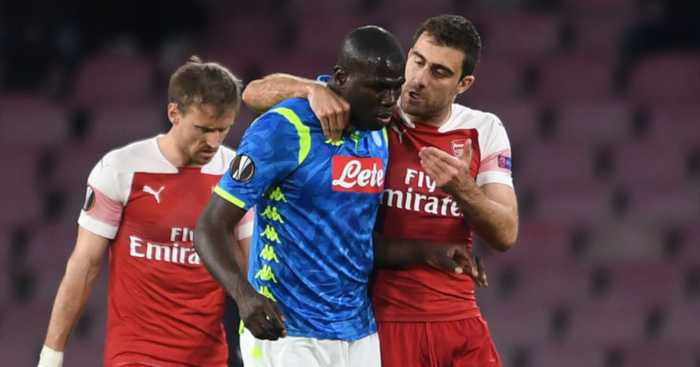 BALE MONEY
As far as transfer rumours that have absolutely no chance of coming to fruition go, Tottenham spending £10m to loan Gareth Bale and subsidise almost half his reported £600,000 wages for a season is an absolute doozy.

This claim comes exclusively from The Sun, who say Real Madrid ‘are desperate to offload’ the former Spurs forward, and ‘are willing to take a huge hit’ on his wages. They want him gone so much that they will still pay him £350,000 a week just to play golf elsewhere.

Tottenham are said to be ‘discussing the possibility’ of the move, having vetoed a permanent deal. But there is surely no chance they will temporarily bring in a player on at least as much as their current highest earner in a move that could financially bugger them at worst, and increase the value of someone they don’t even own at best.

The £10m loan fee is also ridiculous, although The Sun do add that Real’s £55m interest in Christian Eriksen ‘could even accelerate Bale talks’.

Real, by the way, will sign Eden Hazard for £86m after the Europa League final. L’Equipe say so.

But back to Tottenham and Bale. Call us crazy, but we just can’t see a Champions League finalist (and potential winner) making one of their first signings in 18 months an expensive loan of a former player no longer wanted by a fading European power.

SAVING PRIVATE RYAN
Sticking with the Tottenham theme, and a slightly more sensible rumour links them with Ryan Sessegnon. The Daily Mail say Spurs hope to sign the Fulham left-back early this summer.

Daniel Levy often leaves it late in transfer windows to strike potential bargains, but the club ‘have changed tack’ to line up deals for Sessegnon and Barcelona midfielder Andre Gomes, who impressed on loan at Everton this season.

PSG also want Sessegnon, but Tottenham ‘are in pole position’ for a player Fulham value at around £40m. Mauricio Pochettino’s side hope to negotiate that fee down to around £25m. That’s two-and-a-half temporary Gareth Bales!

UNITED FRONT
Now to the Daily Mirror, who can barely contain their transfer excitement. They have some huge Manchester United news.

The Koulibaly story says Oe Gunnar Solskjaer is quite eager to improve his defence by signing ‘one of the best centre-halves in the world’ in Napoli’s ‘leader’. And it would take a record fee to get him: Carlo Ancelotti recently said the 27-year-old was ‘worth €150m’, or approximately £130.3m.

The Sancho line is buried at the bottom of a story actually detailing United’s interest in Nicolas Pepe. Whether the Lille winger is wanted alongside or as an alternative to Sancho is not made clear, although the forward’s ‘versatility at being able to play through the middle or on the right’ suggests United are eager to sign both if possible.

PSG are in negotiations over Pepe, but United are confident of being able to compete for him.

McDonnell also says Solskjaer is ‘deciding’ on whether to follow up interest on PSG midfielder Adrien Rabiot, who will be a free agent in a matter of months. With Koulibaly (£130.3m), Pepe (£45m), Sancho (£100m), Declan Rice (£50m) and Aaron Wan-Bissaka (£35m) completing their list of targets, it stands to be a busy summer at Old Trafford.

AND THE REST
Premier League champions Manchester City are planning a £200m summer spending spree because of the threat of a transfer ban… England midfielder Ruben Loftus-Cheek, 23, will only sign a new deal at Chelsea if he is given assurances over a place in the first team… Newcastle United and England midfielder Jonjo Shelvey, 27, could consider a move away from the Tyneside club… Leicester City manager Brendan Rodgers has told the club to act quickly to secure the permanent signing of £40m-rated Belgium midfielder Youri Tielemans, 22, from Monaco… Foxes players have been telling Tielemans how much they want him to stay in the hope of boosting the club’s chances of signing him… Manchester City have had a bid rejected for Lyon’s 22-year-old France midfielder Tanguy Ndombele… Everton have been offered chance to sign 26-year-old Portugal midfielder Joao Mario from Inter Milan for £15m.