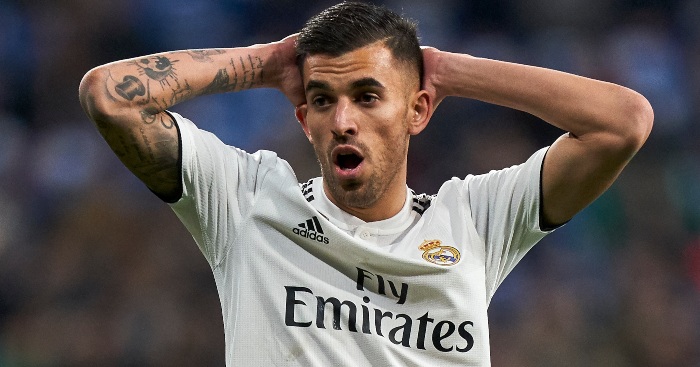 HURRY FOR HARRY
So, this Harry Maguire/Manchester United deal which lots of transfer reporting types claimed was complete a week ago? No, not so much. Various outlets claim that an agreement is yet to be reached, with United and Leicester still some way apart.

But The Sun add a (semi) interesting new spin, carrying quotes Brendan Rodgers insisting that Ed Woodward – the great dallier of the modern transfer market – has a deadline that he needs to respected.

“If the valuation isn’t met it certainly won’t be allowed to go to the very end because, if we did want to bring someone in, it would be too late.”

£45M SPLIT FOUR WAYS
It’s WAR CHEST time at Arsenal, with Unai Emery claiming that the club are trying to sign another ‘three or four’ players. It sounds like someone has a few more season tickets to sell…

Despite having a small budget to work with – believed to be somewhere within the £40m-£50m range – The Independent believe that Emery is after Wilfried Zaha and Kieran Tierney – obviously – but also William Saliba and a fourth player (believed to be Real Madrid’s Dani Ceballos).

“We are working, the club is working with the possibility to sign some new players to help us. We are doing a lot of meetings with the club, with (technical director) Edu, with Raul (Sanllehi, head of football) and also with Josh and Stan Kroenke on Monday in Denver.”

SANE FOR SALE
Leroy Sane’s situation at Manchester City has been odd for some time now. Is he the club’s most talented winger? He’s certainly in the conversation, even though Pep Guardiola remains surprisingly resistant to his talents.

Anyway, back to The Mirror, who note Guardiola saying that he does believe that Sane will be a City player this season, but who stops short of calming the speculation, adding that he only wants happy players at the club.

Bayern Munich remain interested – they’ve conceded defeat in their attempt to take Callum Hudson-Odoi from Chelsea – and it sounds very much like they won’t face much resistance.

ZANIO-GO?
Nicolo Zaniolo had been thought to be involved in the negotiations between Tottenham and Roma for Toby Alderweireld, but The Mirror disagree – or they at least pretend to, citing notoriously flimsy Italian website CalcioMercato.

They reason that United have gone a bit cold on Sporting Bruno Fernandes and that, with Ander Herrera released and Paul Pogba possibly to follow, Zaniolo could be a necessary addition to a midfield which seems to be growing weaker by the month.

Hmmm. He’s not that type of midfielder though, is he?

AND THE REST
Victor Wanyama is interesting West Ham… Real Madrid are still trying to dump Gareth Bale and James Rodriguez from their wage bill… Steve Bruce will apparently have £90m to spend at Newcastle (of course he will)… but they might have a new forward soon, with Joelinton confirmed to be in talks by Hoffenheim… Mino Raiola wants Paul Pogba back at Juventus.