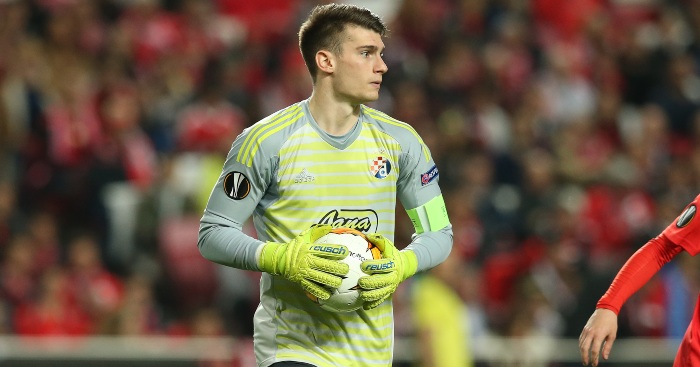 MADDISON THE MAN FOR UNITED?
Manchester United suffered an embarrassing defeat on Saturday during which their recruitment failures were thrust into sharp focus once more. The Red Devils had loads of the ball but created very little with it.

So, lo and behold, the morning after they are linked with a mega-money move for James Maddison.

The Sunday Mirror reckons United will make a move in January but accept they will struggle to tempt Leicester until next summer. And even then, ‘it will take another huge bid, similar to the £80million which finally secured Harry Maguire’.

NEW CANDIDATE TO REPLACE DE GEA
David De Gea dropped another bollock on Saturday too while uncertainty continues to surround his future. The United keeper still hasn’t signed a new contract and should that remain the case, he could walk out of Old Trafford next summer to choose his new club and most likely his salary too.

There is no more news on what might be going on in De Gea’s mind but The Sun on Sunday reckons there is a new name in the frame to replace him should United lose their four-time Player of the Year.

Dominik Livakovic is apparently in contention to fill De Gea’s gloves. Since you asked, he’s a 24-year-old Croatia international with four caps, currently plying his trade at Dinamo Zagreb.

Apparently, Livakovic would cost between £15-20million, and Liverpool had him under consideration to become Alisson’s stand in before they opted to sign Adrian for nothing. Tottenham have also been linked.

PSG EYE £100m ZAHA DEAL
Part of the Palace side which humiliated United on Saturday was Wilfried Zaha. That might have been a fitting goodbye for the winger if there’s any substance to reports this morning linking PSG with a late summer swoop.

The Sunday Mirror says PSG are sending a delegation to London this week to suss out a £100million deal, all the while Neymar closes in on a return to Spain, providing either Real or Barcelona copper up sufficiently in the coming eight days.

Apparently, PSG recognise that Neymar is irreplaceable (really?) but The Mirror’s source says the Parisians see Zaha as a player ‘whose style and ability would excite the Parc des Princes crowd’.

There would be no point in PSG trying to barter down Palace over their valuation after they stuck resolutely to it during the Premier League window. And PSG could hardly plead poverty, especially with £200million burning a hole in their pocket from any Neymar sale.

AND THE REST
PSG are also trying to resolve Paulo Dybala’s image rights issue to facilitate a deal for the Juventus star… Watford are considering axing Javi Gracia… Real Madrid will move for Everton keeper Maarten Stekelenburg… Talks will resume on Monday between Man Utd and Inter Milan over a loan deal for Alexis Sanchez… Nacho Monreal could be heading to Real Sociedad… Fiorentina have made Liverpool an offer to take Bobby Duncan on a season-long loan… Southampton could make a January offer for QPR forward Eberechi Eze… Aston Villa out-of-favour keeper Lovre Kalinic is a target for Sampdoria.