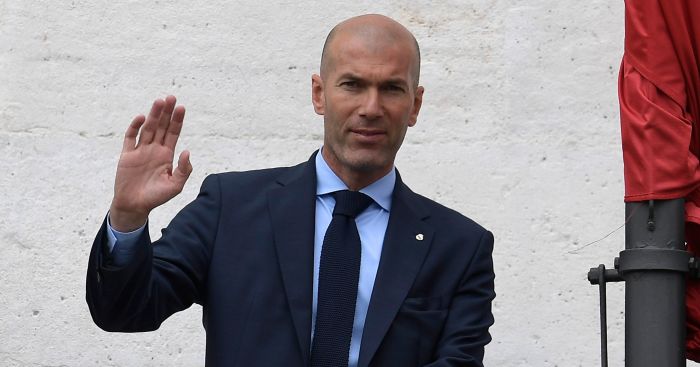 ZIDANE LINED UP AS MOURINHO’S REPLACEMENT
For all the talk over Jose Mourinho’s apparent unhappiness at Manchester United, it does seem a little previous for talk of his successor being lined up already. But the Sun aren’t hanging about.

Mike McGrath has an exclusive on the claim that Zidane will be top of Manchester United’s shortlist if Mourinho leaves. That’s actually pretty predictable, given that he is the only obvious high-class manager currently out of a job.

The rest of the story discusses Mourinho’s foul mood, but it does say that ‘the first call United would make is to Zidane’.

MIGNOLET LINKED WITH BARCELONA MOVE
Now you have to say that would be magnificent. In all the talk of Loris Karius’ future and Alisson’s arrival, Simon Mignolet has become Liverpool’s forgotten goalkeeper. Now Mignolet is being linked with a move away.

And the most interested suitor is Barcelona, joining Besiktas in the queue. Sky Sports report that Barcelona are looking to sell Jasper Cillessen, their current No. 2 goalkeeper, and therefore must find a new backup for Marc Andre ter Stegen.

Mignolet, now 30, would surely be delighted at the move. He’s currently Liverpool’s third choice, and would have the chance to play Champions League football for the reigning La Liga champions, should Ter Stegen sustain an injury.

SHAW TO WOLFSBURG
Given that Mourinho seems to have fallen out with Ashley Young, Luke Shaw might have a Manchester United lifeline. The left-back has played in most of United’s preseason matches, and might well be given the chance to start the season in the team.

However, Shaw could be given the chance to move to the Bundesliga. The Daily Mail report that Wolfsburg would like to sign Shaw, but the insinuation is that they will wait until January when they can begin discussions with him over a free transfer move.

Shaw is now in the final year of his contract, and therefore will surely leave Manchester United next summer. There could be a bunfight.