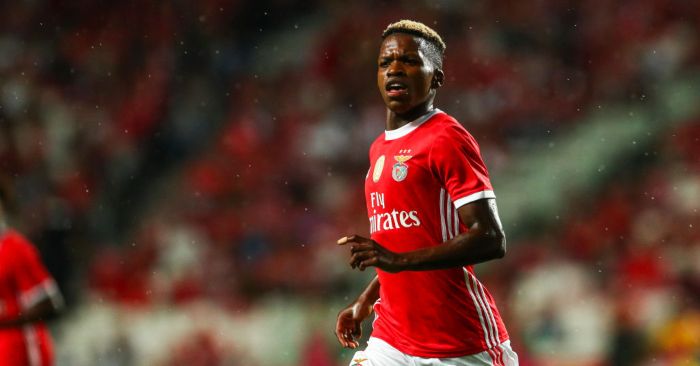 PORTUGAL. THE MEN
Having spent most of the summer with their eyes on Portugal and Bruno Fernandes, it should perhaps come as no surprise that Manchester United are not diverting their gaze too far. Even with the summer transfer window firmly shut across the continent, they are scouting potential future targets.

With thanks to Sport Witness, translating the reports of Portuguese newspaper A Bola, we know the identity of at least two of those players. Club officials watched Benfica beat Braga 4-0 on Sunday and had briefs to watch Ruben Dias and Florentino Luis, who both featured for the full 90 minutes.

Centre-half Dias was named as a potential £60.3m Harry Maguire alternative by O Jogo in July. He is 22, a Portugal international and was man of the match in the UEFA Nations League final victory over the Netherlands.

Central midfielder Luis does not have quite the same reputation but, at 20 and as a former target of Manchester City’s this summer, he is clearly talented. A Bola themselves claimed last month that his release clause of £109.7m, inserted in his new contract in July, put potential suitors off.

United are ‘attentive to the pearls that come out in Portugal’, so the deals can be pretty much announced now.

CLUE’S IN THE NEYM
The closure of the transfer window brings an end to the most interminable saga of recent times. Neymar remains at PSG (with new teammate Mauro Icardi), Barcelona are forced to make do with just Lionel Messi, Luis Suarez, Antoine Griezmann and Ousmane Dembele, and the world’s most expensive player must deal with adding three more domestic trophies to his collection while suffering an ignominious Champions League last-16 exit.

It could have been different, according to Le Parisien, if an offer of 300m euros had presented itself. Sport English report that the French newspaper report that PSG president Nasser Al-Khelaifi reported his happiness to let Neymar leave if a ‘huge’ offer was received.

PSG and Barca are said to have first met to negotiate a deal on August 13, at which point the Spaniards made something of a derisory bid of Philippe Coutinho and cash. ‘They arrived with their hands virtually empty,’ apparently. Silly kn*bs.