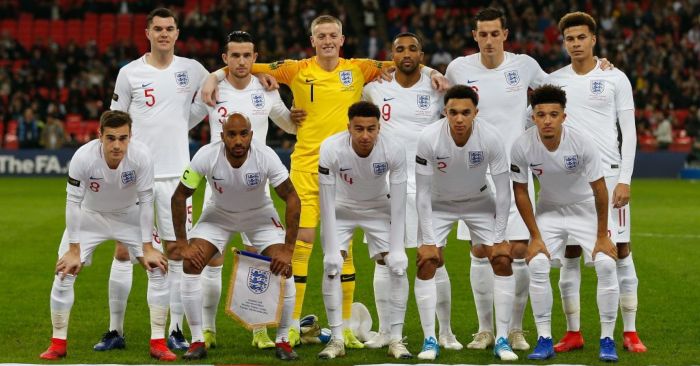 WILSOOOOOOOOON
The Sun have gone with a strange one, claiming that Callum Wilson is a target for Manchester United in the summer. They report that the club are now bent on following a new British strategy and that, along with Wilson, they’ll also be chasing James Maddison and Jadon Sancho at season’s end.

They also think that Ed Woodward will be prepared to spend £250m on that little trio which, Sancho excepted, doesn’t seem like the best use of funds. And is also a load of guff: Bournemouth will want more than ‘anywhere between £30m and £40m’ for Wilson, while Maddison and Sancho ‘could cost a combined £200m’. They could also be secret agents acting on behalf of the Russian government.

The weird thing is that the Wilson link first surfaced in an ESPN story earlier this week, but The Sun do not accredit them. They have not dressed this up as their exclusive but they seem to think that combining the Wilson speculation with existing rumours concerning Sancho and Maddison makes this a new story.

Hell, throw Erling Haaland in there for good measure.

THIS AGAIN
The MEN are also making some noise about Jadon Sancho, but – like everyone else – that seems to be because someone on their desk watched the Borussia Dortmund Amazon Prime series over the weekend and picked up on the Michael Zorc quotes.

The Michael Zorc quotes in which he dismisses United’s chances of signing the player and denied that the clubs ever formally engaged in a proper discussion.

The Michael Zorc quotes made back in March.

EMERGENCY MOAN
Impoverished Manchester City head coach Pep Guardiola is having a moan in The Guardian about his centre-back situation. John Stones’ injury has deepened a crisis which began when Vincent Kompany left the club and continued when Aymeric Laporte was ruled out until the New Year with injury.

“But we could not invest in this situation in the summer, we cannot do it in winter. That’s why we are going to wait with the players we have, with the two central defenders.”

That seems to suggest that City will wait out this problem and not, as they are largely expected to do, spend big on a small army of reinforcements in January (or re-sign Vincent Kompany). Someone seems to be paying an awful lot of attention to the Financial Fair Play regulations all of a sudden…

“You look at young players who can be crowned the future best in the world and you still think of Neymar, Mbappe, Salah, and of course Sterling. I look at the moment – and Sterling is winning that race.

“He’s always been a good player, a dangerous player, but under Pep he become one of the best in the world.”

Of course, there’s usually a reason why former Barcelona players offer praise and, on the basis of what’s happened before, this seems like the start of a three-step process. Phase One, in which Xavi tells of his admiration for Sterling. Phase Two, in which other Barcelona players, past and present, join that chorus. And Phase Three when… well, you get the picture.

AND THE REST
Liverpool are among a host of clubs being linked with Fabian Ruiz… and they also carry an apparent interest in Isco, who remains marginalised at Real Madrid… Hugo Lloris won’t be finishing his career at Tottenham… but Henrik Larsson might be continuing his in the Football League… Barcelona’s sensational 16 year-old forward Ansu Fati is on the verge of signing a new contract.