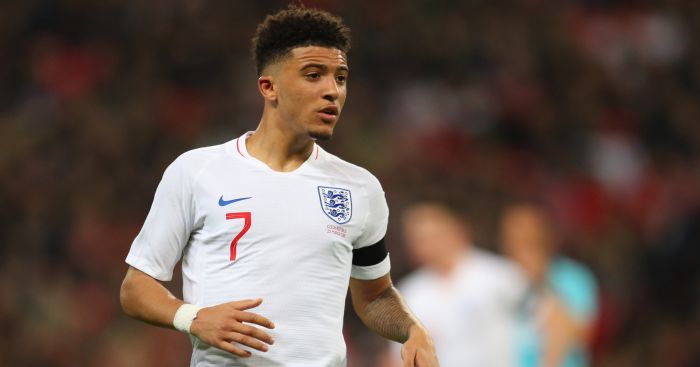 Manchester United’s new permanent manager Ole Gunnar Solskjaer has decided that English players are his priority and has set his sights on three handy ones. Rice and Sancho are the top priorities, dribble The Sun, with Wan-Bissaka a bit more of a contingency plan should any defenders leave Old Trafford.

A fourth England player – Leicester’s Harry Maguire – would also come under consideration in that scenario, but Four Lions would be a headline about a Chris Morris film rather than England footballers, so that’s buried much further down the story.

TAKE YOUR PICK, CALLUM
Another day, another Callum Hudson-Odoi backpage. He is “suddenly the most in-demand kid in Europe” reckon the Daily Mirror, with his England exploits putting ALL (their caps) Europe’s top clubs on alert.

Bayern Munich and Borussia Dortmund were already interested as we know, but now so too are Barcelona, Manchester United and so too are Juventus and PSG in the headline, although that is watered down somewhat to “big-name rivals… in France and Italy” in the story itself, weirdly.

Over in The Independent, though, comes a report that Chelsea are confident he’ll sign a new contract after ALL (our caps).

KANE DRAIN
An interesting and lengthy ESPN interview with Harry Kane has been fed through The Sun’s transferometer with the result that the striker expressing his desperate desire for Spurs to win trophies becomes a warning to the club that he will “only stay if you show ambition”.

Real Madrid have “long admired” the England skipper, add The Sun with a knowing wink before insisting that his comments will “spark fears” among Spurs fans. Or at least they will if The Sun has anything to do with it.

AND THE REST
Swansea’s highly-rated midfielder Dan James has emerged as a £7m target for Manchester City… Liverpool defender Dejan Lovren is wanted by Napoli, Roma and AC Milan… David Moyes fancies the Scotland job if he cannot get a club role first… Leicester have told potential suitors to forget about signing Ben Chilwell or Harry Maguire this summer… Manchester City hope to secure Leroy Sane on a ‘double-your-money’ contract before the end of the season… Arsenal have made a £5m offer for Sao Paulo teenager Gabriel Martinelli