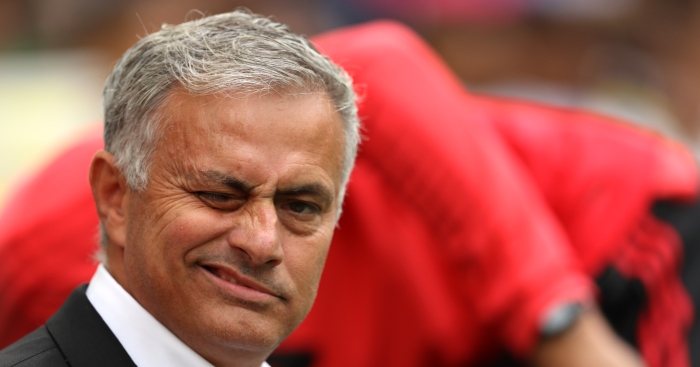 MANCHESTER UNITED WORRIED ABOUT MOURINHO MELTDOWN
Another quiet day at Old Trafford, if reports are to be believed. The Daily Mail reports on the story that Manchester United supporters will fly a plane over the club’s game against Tottenham or Burnley to protest at Ed Woodward’s management of the club’s transfer window.

The Daily Star go even more ballsy, saying that United’s hierarchy are worried about Jose Mourinho having a ‘meltdown’, with nobody to calm him down in the way like Rui Faria. The story is an exclusive from chief football writer Jeremy Cross.

Cross uses a source to give us some pretty inflammatory quotes:

“Rui was the only person prepared to stand up to Jose in the past and talk some sense into him at times. They were best mates and inseparable.

“Even this could lead to fall-outs, but Jose respected him more than anyone else. Now Rui has gone and isn’t by his side, who knows what could happen? Jose is off the leash and who is going to control him?”

This sounds like a tired film script, and we are very on board with it.

ORIGI LIKELY TO GET HIS MOVE
He has become the forgotten striker at Liverpool, and the biggest surprise is that Divock Origi has not already left Anfield. He’s at least behind Sadio Mane, Roberto Firmino, Mohamed Salah, Xherdan Shaqiri, Daniel Sturridge and Dominic Solanke to play in the club’s front three.

Having been on loan in the Bundesliga last season, it seems likely that Origi will go back to Germany. The Daily Telegraph and ESPN say that Borussia Dortmund are in talks to sign Origi on loan, but that there is a potential sticking point in the deal.

Borussia Dortmund are keen on a straight loan deal to last the entire season, at the end of which they will make a decision over whether to sign Origi on a permanent deal. Liverpool would prefer Dortmund to have an obligation to buy the striker, because let’s face it they don’t really want him coming back.

FODEN TO BE NAMED IN NEXT ENGLAND SQUAD
To Manchester City now, and talk of Phil Foden being named in Gareth Southgate’s next England squad. The Sun say that Pep Guardiola has spoken at length with Southgate about Foden’s development, and that the end result might be the midfielder getting his first senior call-up.

In fairness, it makes complete sense. Southgate has previously discussed wanting to create a pathway between England’s youth teams and the senior squad. If young players can get regular minutes at their Premier League clubs, they will be given an opportunity to establish themselves in the senior setup.

Whether Foden will get those minutes remains to be seen, and he has only played nine minutes of City’s two league games thus far. But he is likely to start most domestic cup games, the odd Champions League match and be a perennial substitute in the Premier League. Is that enough to maintain his development?

AND THE REST
Danny Rose would be open to a move to Paris Saint-Germain… But the club have received no bids for him or Toby Alderweireld… Manchester City could sign Keylor Navas on an emergency loan from Real Madrid… Chelsea must convince Ruben Loftus-Cheek to stay after he was left out of the squad against Arsenal… James Collins could return to West Ham… Yannick Bolasie will join Aston Villa on Thursday.