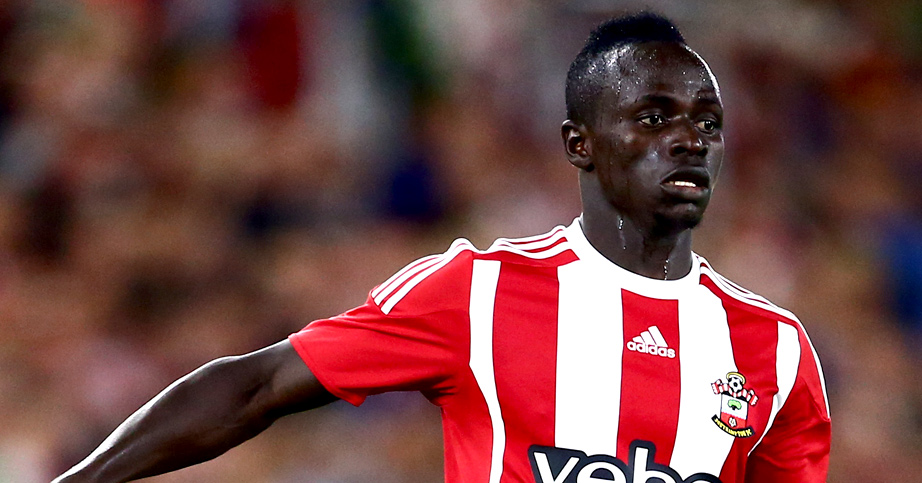 MANE TO UNITED FOR £62.5M? BUT NOT REALLY
‘Louis van Gaal has been told that Sadio Mane will cost a stunning £62.5m,’ reads the first line of The Sun’s Sunday morning claim.

It’s mostly ‘stunning’ that The Sun occasionally choose to add on the wages when discussing a player’s fee and other times don’t. It’s normally when they have the same story as other papers and want to shift some copies and garner some clicks, he said cynically.

This £62.5m is comprised of a £30m transfer fee – which isn’t particularly stunning – and a wage of £125,000 per week. That’s less than half the amount of Manchester United’s highest earner.

You forgot National Insurance and petrol money for driving him up to Old Trafford from Southampton, lads.

ARSENAL IN FOR AUBAMEYANG
It’s a rumour that has been mentioned before, but we still can’t see it happening. Again, it’s in The Sun.

The story is that Arsenal will need to pay £42m for Borussia Dortmund striker Pierre-Emerick Aubameyang. Why are his wages not included in this one, eh? Yet the price is still ‘staggering’.

The Sun say that an ‘intermediary’ is talking to Dortmund on Arsenal’s behalf. Reckon it’s probably worth doing your own dealings on this one.

We are also told that Aubameyang has ‘told friends’ that he wants to play in the Premier League, yet the quotes given from a source say nothing of the sort.

“Wenger knows the fee is very high,” the source says. “Yet this is a striker who can make a massive difference for him and help win the title for the first time in 12 years. But there is a lot of interest in him.” Cheers, Sherlock.

LIVERPOOL PRICED OUT OF TER STEGEN MOVE
After two rumours of things that probably won’t happen, here’s a rumour that says something certainly won’t. What fun.

The Daily Mirror report that Liverpool fear that they have been priced out of a move for Barcelona goalkeeper Marc-Andre Ter Stegen.

Liverpool are reportedly prepared to offer £12m for Ter Stegen, who is Barca’s reserve goalkeeper in La Liga but plays in the Champions League. Unfortunately, Barca want £20m.

Klopp has continuously insisted that he is happy with his goalkeeping options, but the thought is that this is merely a smokescreen to protect Simon Mignolet.

AND THE REST
Manchester United could try and sign Lazio’s Brazilian forward Felipe Anderson, 22, and are prepared to pay £30m… Bojan could leave Stoke as he has a £10m release fee… Paul Pogba says that life at Manchester United was like a holiday compared to the work at Juventus… Swansea will target Charlie Austin and Patrick Bamford… Newcastle also want Austin… Norwich have joined the race for Loic Remy… Celta Vigo’s Nolito will snub Arsenal (did they even offer?) for Barcelona… AC Milan want Isco, rivalling Manchester City for the midfielder.