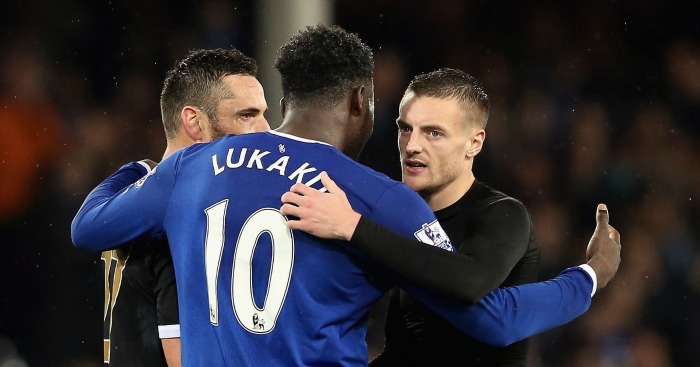 JACKSON MARTINEZ ON LOAN?
It’s not exactly gone well at Atletico Madrid for Jackson Martinez. Since moving from Porto for £29m, the Colombian – bound for Arsenal since they were Woolwich Arsenal – has scored only two La Liga goals. He is currently missing with an ankle injury but the Sunday Mirror claim that Diego Simeone is willing to allow Martinez to leave the club on loan. It seems unlikely that Diego Simeone would confide in the Sunday Mirror, mind, but…

Who needs a striker? Chelsea and Tottenham, that’s who. It all seems a little 2+2 to us but we do rather like the idea of Tottenham manager Mauricio Pochettino signing a £29m player ‘to enable him to give Harry Kane occasional breaks’.

OR LUKAKU FOR CHELSEA?
Because of course Everton are going to sell the Belgian back for Chelsea for just £4m more than they paid for him.

We can vaguely believe the Daily Star’s story that Didier Drogba has advised Guud Hiddink to buy Lukaku to be Chelsea’s long-term replacement for Diego Costa. But for £32m? Add another £15m, perhaps.

VARDY TALK GOES ON AND ON…
Ridiculous. There is literally zero chance that Manchester City will bid £30m for Jamie Vardy in this January transfer window. And possibly even less chance that Chelsea will pay that kind of price (especially if they can get Romelu Lukaku for a couple of quid more).

‘Moneybags City have decided to join the transfer battle because they want support for Sergio Aguero following his injury-hit campaign. Wilfried Bony is next in the pecking order if their Argie superstar is crocked,’ it says here in the Sun on Sunday.

And of course having only Bony – ahead of an attacking midfield of David Silva, Raheem Sterling and Kevin de Bruyne – left them toothless in their 4-1 Boxing Day victory.

AND THE REST
The agent of 19-year-old Schalke midfielder Leroy Sane has told Liverpool he does not want to discuss a potential transfer for the £11m-rated player until the summer…Stoke are considering a permanent move for 25-year-old Ghana forward David Accam…Aston Villa will offer QPR £8m for striker Charlie Austin, 26, in the January transfer window…Everton boss Roberto Martinez wants to sign Matt Ritchie, 26, from Bournemouth but West Ham, West Brom and Manchester United are also keen on the winger.