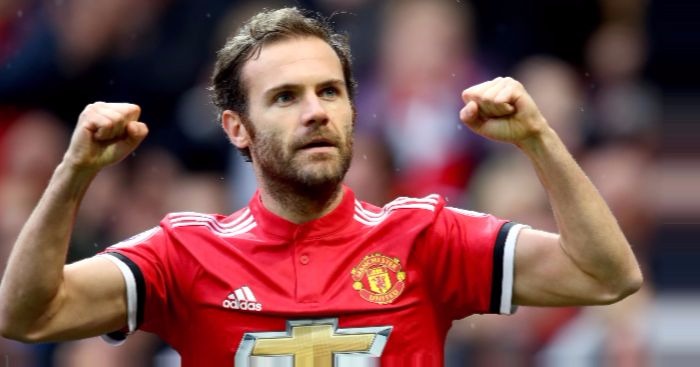 REAL MADRID WANT MATA…
Juan Mata isn’t having a great time of it at Manchester United. Having survived the cull many believed would come when Jose Mourinho arrived at Old Trafford, Mata is now being pushed from centre stage. Henrikh Mkhitaryan has been rotten for weeks, and yet Mata still can’t get a start.

The Daily Express claim an exclusive on the news that Real Madrid would like to sign Mata in January, with his contract expiring next summer. There is also some mention in the Spanish press of the move, albeit next summer when Mata is on a free transfer.

You’d have to think he would bloody jump at the move.

…AND EMRE CAN, HERRERA AND IBRAHIMOVIC
Sticking with the Spanish version of that story, and we’re back with El Gol Digital. This appears to be a new outlet making spurious claims in order to gain exposure, but maybe we’re being harsh.

Anyway, they say Real Madrid have a list of players with contracts who expire next summer and who they are willing to take a chance on. It’s very ‘two plus two equals four’ journalism, linking big, free names with a big club.

The most interesting names on that list are Ander Herrera, although Manchester United have an option to extend his deal by a year, Zlatan Ibrahimovic and Liverpool’s Emre Can. Is Can really good enough for Real bloody Madrid?

WEST HAM TO SELL KIDS SO MOYES CAN BUY
Is there a more predictable headline after the first day of the David Moyes West Ham era than ‘West Ham ready to sell top youngsters to fund January signings as new manager David Moyes plots survival’? Yeah, screw the long-term, bigger picture, because we’re letting Moyesy get the old band back together.

Having signed 14 first-team players since the start of last season, do West Ham’s owners not think that this transience is perhaps one of the reasons for the club’s struggles? How about a manager coming in and looking at what he has, rather than getting on the phone to Darron Gibson and John O’Shea?

Declan Rice, Josh Cullen and Reece Burke could all be sold to fund a January splurge from another new manager. This club deserves to go down.