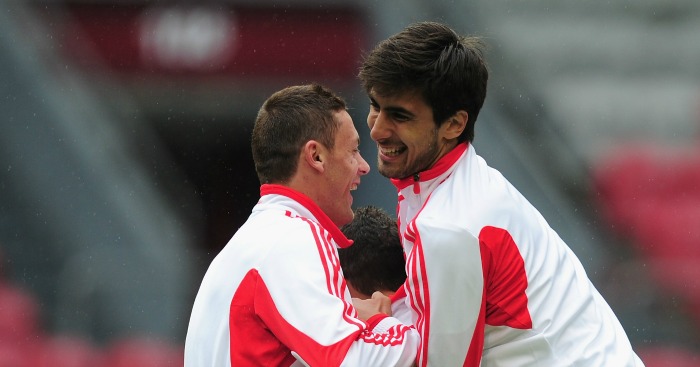 BAKAYOKO IN AND MATIC OUT
It’s a little bit 2+2 from the Daily Mail, but they claim that Chelsea are on the verge of the £35m signing of Tiemoue Bakayoko and that ‘could prompt Nemanja Matic to leave for Manchester United’. It’s a big could, that relies pretty much on Manchester United actually wanting Nemanja Matic. What we know from the Mail is that the Serbian midfielder is ‘keen’. Well he would be if he knew that his place was about to be taken by a rather good 22-year-old Frenchman.

Chelsea closing in on Bakayoko for £35m, Matic will then join #MUFC according to the Mail. Feels like an unambitious move from United, that.

In other Chelsea news, Tuttosport claim that Antonio Conte has ‘laid siege’ for Leonardo Bonucci and is willing to spend the best part of £50m on the £30-year-old, who is also a target for Manchester City, while also setting their sights on Brazilian left-back Alex Sandro.

MAN UNITED BID REJECTED FOR GOMES
Well, well. According to Spanish newspaper Mundo Deportivo, Manchester United are one of three clubs to make a bid for midfielder Andre Gomes (reported elsewhere as around £30m). The others are Juventus and either Arsenal or Tottenham – there seems to be some confusion on that front. Barcelona coach Ernesto Valverde apparently wants to keep Gomes despite – and we are relying on Google Translate here – ‘a real ‘overbooking’ in the midfield’ and the need to raise funds to pay for Marco Verratti.

Gomes started only 17 La Liga games last season but did start the Copa Del Rey final at right-back, so Valverde may want to keep him in case he cannot persuade Arsenal to sell Hector Bellerin.

WALKER PRICE BACK UP TO £50M
We did wonder in yesterday’s Mediawatch whether Kyle Walker’s price would now go up or down…and we now have our answer. According to The Independent,  Tottenham are once again asking £50m for Kyle Walker and they claim this could ‘become one of the transfer sagas of the summer’ as Manchester City remain keen on Walker, despite the imminent signing of Dani Alves. According to these reports, ‘City would not mind starting next season with both’.

Manchester United and Barcelona are also interested in Walker, according to The Independent. But he clearly does want that move to City and the doubled wages on offer there.

AND THE REST
Leicester City are planning a £25m move for Manchester City striker Kelechi Iheanacho…The Foxes are considering their options after West Brom said the Foxes would need to double their £10m bid for defender Jonny Evans…Aston Villa are in pole position to sign former England captain Terry on a £60,000-a-week contract…Lyon are close to completing a £16.6m move for Chelsea’s 21-year-old forward Bertrand Traore…Manchester United have agreed a £9.7m deal to sell winger Adnan Januzaj…Everton remain open to offers for striker Oumar Niasse…Arsenal want £20m for Poland goalkeeper Wojciech Szczesny.