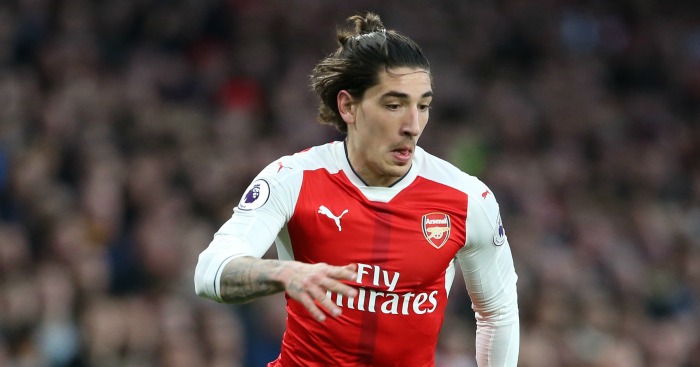 ARSENAL WILLING TO SELL BELLERIN
Juventus interest in Arsenal right-back Hector Bellerin has been doing the rounds for a couple of weeks. The defender has fallen slightly from grace over the last 18 months, criticised by Arsenal supporters for his complicity in the club’s own capitulation.

Tuesday brings an update from the Daily Mail, who say that Arsenal are prepared to countenance selling Bellerin, if it allows the club to embark on a period of rebuilding. At which point fans presumably point at the large pile of notes sat in the bank and wonder why that money can’t be used.

The Mail say that Arsenal will accept a fee of £50m for Bellerin. If that seems optimistic, it really shouldn’t. Despite the dip in form, he’s 22 years old and has the potential to be one of Europe’s best attacking full-backs if he can get himself back on track.

SILVA LINING TO SOUTHAMPTON CLOUD?
We thought Southampton might have left it too late, and there is still reason to stick with that point of view. There are eight games left of the Premier League season, and the only team Mauricio Pellegrino beat in the league in his final four months in charge were West Brom. Had he gone sooner, this would look a much more attractive gig.

Still, when you need a managerial short-termist to get you out of a sticky situation, recent history dictates that Marco Silva is likely to be on your shortlist. After missing out on the Everton job and promptly getting himself sacked by Watford, the Daily Mail say that Southampton consider Silva as a good option. They’re probably right, too.

The Mail also mention Fulham’s Slavisa Jokanovic, but he would have to be hopping mad to take that job. He’s onto a good thing at Fulham right now, and they could well be in the same division – or even division above – as Southampton next season.

MAN UNITED HOPEFUL OF MATUIDI MOVE
We are not entirely familiar with the work of Rai Sport, but the Italian broadcaster has claims on Tuesday about the future of Juventus midfielder Blaise Matuidi. It’s at least better than the ones where a Spanish transfer site has gossip on a French player leaving a German club for England.

Anyway, Rai reckon that Manchester United will reignite their interest in Matuidi this summer. That would make sense given that his agent is Mino Raiola, and United are quickly becoming Real Raiola. They also say that Juventus don’t want to sell him, which also makes sense.

The information is passed on by the Daily Mirror, who give us this bizarre paragraph:

‘With Paul Pogba’s injury, Mourinho’s options in midfield appeared limited to just Nemanja Matic and youngster Scott McTominay – Matuidi would bring experience and athleticism, along with a versatility to operate in a two- or three-man midfield’.’

1) They do have Ander Herrera too. And Jesse Lingard could play there if needs be.
2) Pogba is only injured now. Matuidi wouldn’t be arriving until the summer, so what does the injury have to do with it?

AND THE REST
Liverpool and Manchester United’s chances of signing Lazio defender Stefan de Vrij could still be on… Newcastle will try to sign on-loan Chelsea winger Kenedy on a permanent deal… Newcastle, Leicester and Southampton all want Burnley’s Johann Berg Gudmundsson… West Ham are involved in a £100m-plus legal dispute with their London Stadium owners.