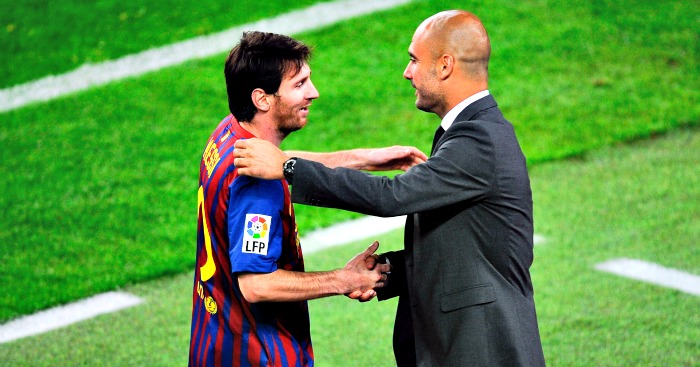 MESSI TO MAN CITY
Yes, that does say ‘Messi to Man City’. And it comes from the Daily Record and the keyboard of Jose Mourinho lickspittle Duncan Castles, which makes us slightly suspicious that this is designed to distract the club, players and fans ahead of Monday night’s clash with Everton. Or maybe we are just being very cynical and Castles simply has inside information that ‘Manchester City have met with Lionel Messi’s representatives to discuss the possibility of bringing the Argentina international to the English Premier League’.

What we do know is that Messi cannot be too pleased with events at Barcelona this summer, with his teammate and friend Neymar being sold to PSG. And of course City would give him the chance to link up with Pep Guardiola again. The price? Just the £275m.

PSG-BOUND MBAPPE BANNED FROM MONACO
So PSG are going to be quite good then. According to L’Equipe, Kylian Mbappe is close to a £164m move to PSG from Monaco. That is quite a lot of money, though not as much as £275m.

The French newspaper say that the striker has essentially been banished from Monaco training since last Tuesday after an altercation with team mate Andrea Raggi and it now seems unlikely that he will return to the principality. Mbappe did originally want to join Real Madrid but he was swayed by the ‘guaranteed game time’ at PSG, apparently.

BIG DEAL FOR THE OX
‘ARSENAL have offered Alex Oxlade-Chamberlain a new four-year deal worth £125,000-a-week to fend off interest from Chelsea,’ claims an exclusive from the Daily Star, who say that the Blues have offered a mind-blowing £40m for the England man whose contract will expire next summer. It seems the Ox is likely to stay on those terms.

The same report suggests that Manchester City are expected to return with another offer of £60m for Alexis Sanchez, while there are suggestions that the Gunners would sell Shkodran Mustafi to Inter Milan if they could recoup the £35m they paid Valencia for his services.

PALACE WANT SAKKO…BUT NOT FOR £30M
Frank de Boer has insisted Liverpool’s valuation of Mamadou Sakho is “much too expensive” for Crystal Palace; they simply cannot sanction a deal for £30m when the Frenchman will also demand high wages. West Ham are also said to be interested, but Liverpool will need to drop a ludicrous asking price for a player not in their plans.

The Palace manager said: “Everybody knows he had a major impact last season and, when he’s available for us, I think that is a quality injection for the club. It is not like this now because he is much too expensive for the club.”