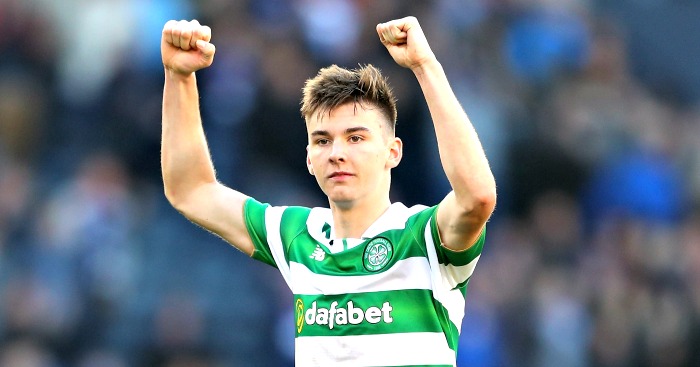 WHAT’S THAT? MESSI TO MANCHESTER CITY? AGAIN?
It’s quite easy working in Manchester City’s PR department, isn’t it? No matter what disaster befalls the club, be it catastrophic defeat at Everton or every single member of the squad handing in their notice on the same day, there is an easy way out of the mess.

“Oh no, again?” Karen replies. “Why can’t they just win a few games and get back into the title race?”

“Dunno Karen, but ours is not to reason why. You know what we have to do.”

“Leak some guff about us signing Lionel Messi, you mean? But hasn’t the player repeatedly said that he won’t play for another European club?”

“Don’t worry about that. Everyone seems to deliberately forget that. It’s easy clicks, you see.”

McDonnell writes that Manchester City, Chelsea and Arsenal are all interested in the defender, but it is United that are in pole position to sign him. He also says that United have watched Tierney over the last few months, but he hasn’t played a league game since October.

McDonnell’s conclusion is that United probably won’t sign Tierney in January, but will do so in the summer. Bad news for Luke Shaw.

SUNDERLAND TO SIGN JAMES MCCARTHY. ERM…
That’s the claim from the Daily Star, who say that Everton want £10m plus Lamine Kone for McCarthy. That’s lovely and everything, but the Star seem to have forgotten that David Moyes doesn’t have a pot to p*ss in during this transfer window.

“Managing Sunderland always had an appeal to me but, if I’d known about the financial situation, I’d have needed to look at it in a different way,” said Moyes in December. “I’d have had to have thought a lot more about taking the job. I didn’t see us having no money in January. I’m disappointed I won’t be able to do some work in January and build on what we’ve done so far.”

But yeah, £10m plus Kone (who is at the Africa Cup of Nations) for McCarthy. Sure, why not?