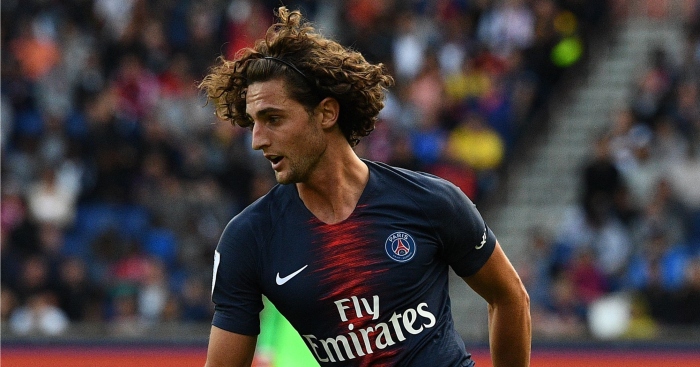 AC MILAN EYE LIVERPOOL TARGET
The fight for PSG midfielder Adrien Rabiot looks set to be the big story of the January transfer window. We have already heard that he has been in contact with Jurgen Klopp about a move to Liverpool next summer, but that might be too late: AC Milan could make a move in January.

According to Corriere Dello Sport, AC Milan’s sporting director Leonardo believes he can lure Rabiot to Milan; he worked with him at PSG. How much would the French club accept in January? They surely do not need the money…

RONALDO TOPS BECKHAM’S LIST
It would certainly be quite the coup. And makes perfect sense. David Beckham’s MLS franchise Inter Miami are set to launch in 2020 and by then, Ronaldo will be in the final year of his Juventus contract having presumably won a couple of Champions Leagues.

What a lucrative last hurrah for all concerned. The Daily Mail believe that it will happen. But then they also believe we will be living under Sharia Law by 2020 so…

MAN CITY KID EYED BY REAL
Brahim Diaz was one of a trio of Manchester City youngsters expected to make a real first-team breakthrough; Jadon Sancho has already been lured to Borussia Dortmund while Phil Foden is the canary down the mine. Meanwhile, Diaz is entering the final year of his contract.

He opted to stay at City rather than go on loan this season but is yet to even make a Premier League bench. Can City realistically stop him leaving for one of a host of European clubs, with the Evening Standard suggesting that Real Madrid are among those interested.

AND THE REST
Scottish defender Russell Martin has joined his former Norwich team-mate Wes Hoolahan on trial at West Brom…Man City have beaten Tottenham and Chelsea to the signing of 16-year-old Irish goalkeeper Gavin Bazunu for £420,000 from Shamrock Rovers…Wolfsburg have terminated Kaylen Hinds’ contract after the 20-year-old English ex-Arsenal forward disappeared earlier this summer.