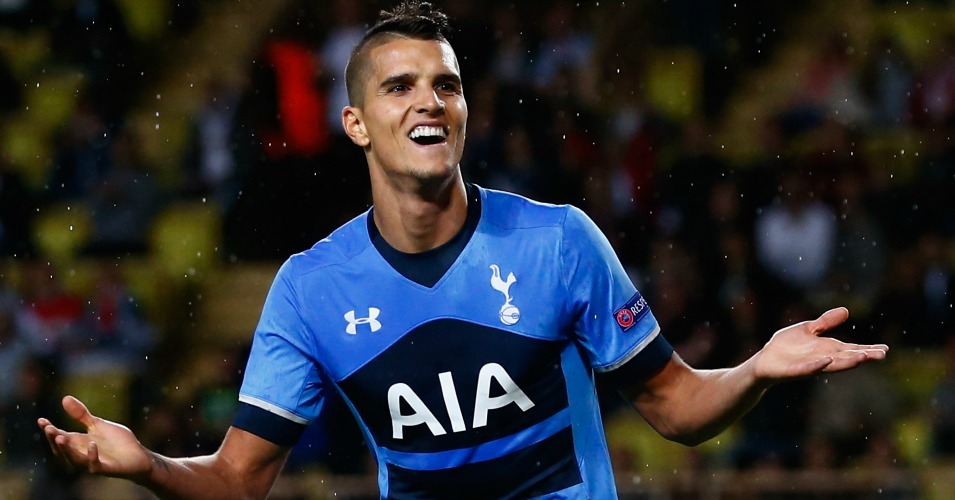 MONK TO VILLA
Poor Tim Sherwood, whose job is being touted around the Premier League and beyond. First we were told that Brendan Rodgers was being lined up. Next came the rumours that David Moyes was at the front of the queue, but now it’s Garry Monk who is rumoured to be on Villa’s shortlist. Is it just anyone but Sherwood?

Things aren’t going too well in Monk’s world either. Having earned plenty of plaudits last season for keeping Swansea in the top half, they’ve promptly fallen away badly this season. Defeat at home to Stoke on Monday made it five without a win and kept the club in 14th position in the league.

That said, surely Monk would rather stick it out than go to Villa? He was being discussed (by silly sods) for the England job a few months ago.

CITY BATTLE ARSENAL FOR KRYCHOWIAK
To the Daily Telegraph now, and their claim that Manchester City will challenge Arsenal for the signing of Sevilla (and ctrl+c, ctrl+v) midfielder Grzegorz Krychowiak.

The Telegraph hype up the news as City ‘weighing into the battle for Krychowiak’, also claiming that the midfielder ‘looks set to be in the middle of a tug of war between the two Premier League title rivals’. Surely, he’s the rope itself rather than just ‘in the middle’? It really doesn’t matter.

City face Sevilla on Wednesday evening, so it could all be designed to add an extra layer to that match. Yet it’s worth pointing out that the story is by John Percy, who is generally top-notch with his information.

PORTO WANT LAMELA
Searching ‘Erik Lamela Porto’ on Google brings up a load of links from July, including one from the Metro which claimed that the Argentinean was ‘on the verge of completing’ a move to the Portuguese club.

That suggests two things. Firstly the Metro have a tendency to talk out of the wrong hole, and secondly that Porto probably do want to sign the winger. No smoke without fire.

Excellently, the stories have come from A Bola and O Jogo, Portuguese newspapers who get their information from Mundo Desportivo, one of those transfer websites. The papers also reference Sportsweek FM in England for reporting the rumours, which we’re pretty sure doesn’t exist. Perfect.

UNITED JOIN PEREZ RACE
To our old foe (something smells) Fichajes.net, who claim that Manchester United have ‘joined the race’ for Newcastle forward Ayoze Perez.

It’s an odd claim, given that United have reportedly been interested in Perez since midway through last season. There were even talks of a bid in the January transfer window.

It’s clear that Perez’s performances for Newcastle are not going unnoticed. He has a wonderful ability to hold off a defender, beat a man and bring team-mates into play. We’ll be generous and say Wayne Rooney is currently offering one of those three attributes.