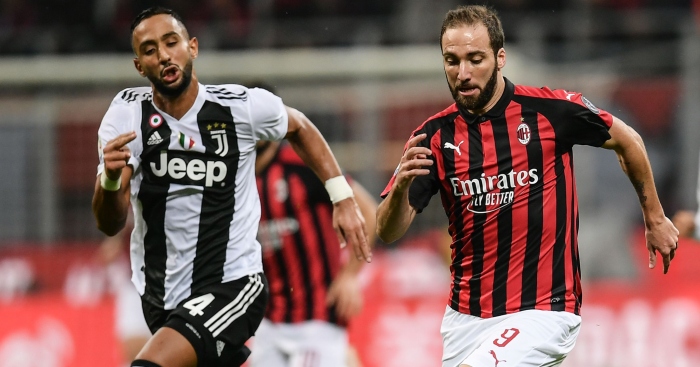 MORATA ON BARCA SHORTLIST
Alvaro Morata probably can’t believe his luck. If Sport are to be believed, Barcelona are considering a move for the Chelsea flop.

The Spain striker seems destined to leave Stamford Bridge as soon as Chelsea sign his replacement. Their priority target remains Gonzalo Higuain, and AC Milan coach Gennaro Gattuso admits talks with the centre-forward are ongoing amid confusion over the on-loan Juventus attacker’s future.

When Chelsea secure another forward, Morata can go. It was thought Sevilla were at the front of the queue, but Barca are apparently considering a move to take the heat off Luis Suarez, especially with Denis Suarez talking to Arsenal and Munir El Haddadi himself heading to Sevilla.

Barca are considering whether the finances add up. Apparently, Chelsea will want a loan fee of around £3million, plus half the striker’s wages to be covered by the La Liga leaders. That could take the cost of the deal to around £10million.

Morata isn’t the only Chelsea player Barca are coveting. The Evening Standard reckons they will make a second bid for Willian after the Blues rejected their opening offer of Malcom plus cash.

ARSENAL OFFERED BENATIA FOR QUICK RAMSEY DEAL
Aaron Ramsey is widely expected to join Juventus, but an agreement has not yet been finalised. The Arsenal midfielder is out of contract at the end of the season but, apparently, Juve aren’t keen to wait that long.

Gazzetta dello Sport reckons the Serie A leaders want to get Ramsey signed up this month, with the Wales midfielder set to become the club’s second-highest-paid player behind Cristiano Ronaldo. To focus Arsenal’s minds, apparently they are ready to chuck in a player to get Ramsey out of his contract six months early.

Mehdi Benatia is the potential makeweight, with the Morocco defender having struggled for game time at Juve this season. Arsenal have apparently already made an approach so this has to be a better solution than have Ramsey go through the motions while trying not to get injured during the second half of the season before he takes off to Turin.

LEEDS TO SIGN REAL KEEPER
Leeds had a belting Friday night. After beating Derby amid spy-gate, it emerged that they are on the verge of a goalkeeping coup.

Marcelo Bielsa has been looking to improve his options in the sticks, where youngster Bailey Peacock-Farrell has done an admirable job, but the Championship leaders want to strengthen what many consider to be a weakness in their squad.

Fraser Forster was linked with the Whites despite the Southampton goalkeeper having done nothing for around a year. Bielsa’s primary target has been relatively inactive too, but being third choice at Real Madrid is far more creditable than being exiled by Southampton.

The Real keeper in question is Kiko Casilla. The 32-year-old has fallen behind Thibaut Courtois and Keylor Navas in the pecking order but, according to the Yorkshire Evening Post, Leeds are prepared to buy out the remaining 18 months of his contract to bring him to Elland Road.

The once-capped Spain international is expected in Yorkshire next week to complete negotiations and sign for the Championship pacesetters.

AND THE REST
Chelsea have agreed deals in principle for Cagliari midfielder Nicolo Barella and Zenit’s Leandro Paredes… Liverpool and Fulham are fighting for Red Bull Salzburg striker Moanes Dabour… West Ham are exploring a possible move for Newcastle midfielder Jonjo Shelvey… Manchester United are willing to consider selling Paul Pogba back to Juventus it Douglas Costa is included in the deal… Arsenal captain Laurent Koscielny has rejected an approach from Monaco… Monaco are in talks with Chelsea over a deal for Belgium striker Michy Batshuayi… Everton are interested in Southampton defender Cedric Soares… Leicester want to sign Hull winger Jarrod Brown.