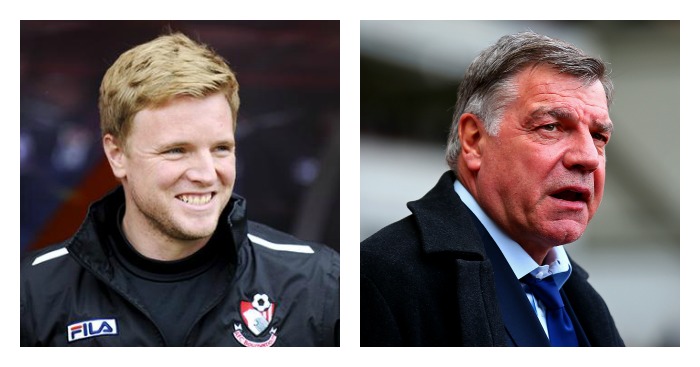 CHELSEA FAIL WITH MORATA BID
We’re starting in Spain, and big news regarding the future of Real Madrid striker Alvaro Morata. The forward has only just arrived back in Spain after a brief sojourn in Italy with Juventus, and the assumption was that Real would look to move him on quick smart.

However, it looks like Real are playing hardball. Marca report that they have rejected a bid of £51m from Chelsea for Morata, which seems like an awful lot of money for a striker who hasn’t yet completely proven his aptitude.

We kinda thought that as soon as any club went north of £45m then Real Madrid would agree to sell. It turns out that even making a quick £25m profit isn’t enough.

Howe vs Allardyce for England? Or Hiddink. Or Klinsmann
The wonderfully uninspiring search for England’s next manager continues apace, with the Daily Telegraph claiming that it is a battle between Eddie Howe and Sam Allardyce for the job. That’s because the Football Association are intent on hiring an Englishman.

The report comes from chief football writer Sam Wallace, and claims that Howe and Allardyce are frontrunners for the job. Could there be two more different options?

‘It has also decided that the new man should be English, despite having appointed two foreign managers in the 21st century,’ Wallace writes. ‘Although a foreign manager cannot be ruled out definitively, the FA is confident that there are suitable native candidates.’

If they go for Allardyce, is it okay to say the FA were wrong about those candidates?

EVERYONE WANTS WIJNALDUM
There are certain Newcastle players who really shouldn’t – or won’t want to – be playing in the Championship next season. Moussa Sissoko is one, who hasn’t exactly hidden his desires to move on. Georginio Wijnaldum is another.

The attacking midfielder was one of Newcastle’s better players during their relegation season during his first campaign in England. If rumours are correct, approximately half the sides in the Premier League want the Dutchman.

It’s the Sunday Mirror that gives us the update, reporting that Liverpool and Everton are in for Wijnaldum, with Tottenham also sniffing around. The sticking point might be Newcastle’s asking price of £25m.

AND THE REST
Crystal Palace have put a £28m price tag on Yannick Bolasie with Tottenham, West Ham and Everton all chasing him… Manchester City will have to bid £17million for Torino defender Bruno Peres. City have made contact over the 26-year-old full-back as they consider the futures of Pablo Zabaleta, Aleksandar Kolarov and Gael Clichy… Sunderland have pulled out of a move for Inter Milan full-back Davide Santon after he refused to accept a clause in his contract to reduce his wages should they be relegated… Tottenham have emerged as surprise contenders in the race for Germany star Mario Gotze… Pep Guardiola is growing impatient with £40m transfer target Leroy Sane – and has told the Germany international to make his mind over a move to the Manchester City… Manchester City are chasing £9m-rated Argentinian goalkeeper Geronimo Rulli who spent last season on loan at Real Sociedad.