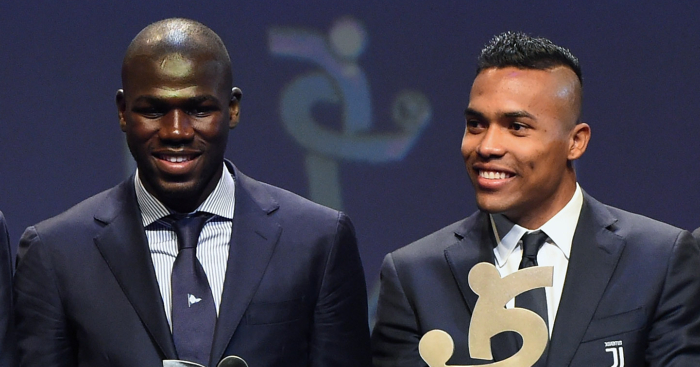 KALIDOU YOU WANT ME BABY?
A 2-2 draw with Chelsea has done little to change Jose Mourinho’s mind, it seems. According to the Sunday Times, the Manchester United manager is trying to ‘convince’ the club’s board ‘to fund the recruitment of a starting central defender in the winter transfer window’.

The Portuguese is hard at work, ‘trying to find a defensive target’ that Ed Woodward and the Glazer family ‘will approve’ of. And he has set his sights remarkably high, wanting United to ‘invest aggressively’ at centre-half.

The man he wants is Kalidou Koulibaly. The player is ‘understood’ to be open to the idea of a Premier League move, and was courted by Chelsea recently. At 27, he is entering his peak years ‘in a position that can now command transfer fees on a par with elite centre-forwards’.

No fee is mentioned, but Virgil van Dijk and Aymeric Laporte are name-dropped as players whose own fees are likely to be used if United are to follow up their interest.

AKE MAN
United might not have much of a chance in their battle to sign Nathan Ake if they do miss out on Koulibaly. A player wanted by both the Red Devils and Tottenham now has another Premier League suitor.

And they don’t come much more illustrious than the champions and current leaders. The Sun say Pep Guardiola ‘will weigh up’ whether to spend another £40m to bring in the Bournemouth centre-half.

Ake’s versatility and his home-grown status appeals to Manchester City, while Guardiola feels the Dutchman ‘has the potential to become a world-class player’. Ooft.

MALCOM IN THE ETC AND SO ON
Arsenal have something a little cheaper in mind, what with their £40million summer budget. Although with that said, their latest target is wanted a little sooner.

Spanish newspaper Sport say Arsenal could revive their interest in Malcom, a player they wanted when he was still with Bordeaux. The Gunners are looking to end his Barcelona ‘nightmare’ with a loan move, and ‘are back in the hunt’ to sign him.