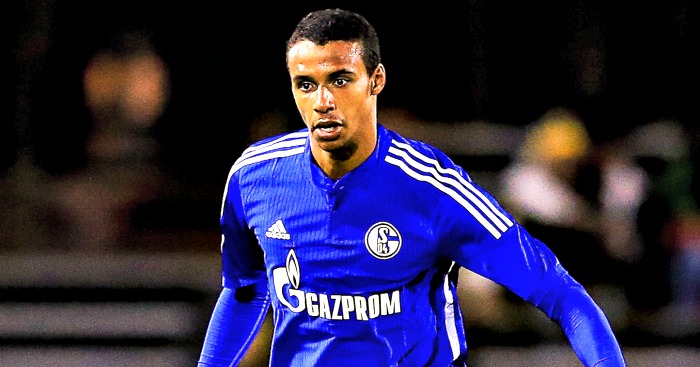 MATIP UPDATE
Not heard much of Joel Matip’s move from Schalke to Liverpool recently, have we? The Schalke central defender was thought to be a target for the Reds as early as this month – although a deal was said to be more likely in the summer – but now we have another update.

This comes from the general manager of the Bundesliga club, Horst Heldt, who has said: “We have agreed to an appointment which will take place soon. I remain in good spirits and I hope that we can convince Joel to stay at Schalke. Concerning an agreement with another club, I know nothing.”

With just four days of the window remaining, it seems unlikely that Matip will be joining Liverpool this month. His contract expires in the summer, so Schalke had better reach an agreement with the 24-year-old fairly soon.

MAN UNITED WANT MUSA
It’s been a while since Manchester United and Leicester have been locked in a transfer battle. But this season’s been a bit weird, and so here we are.

Leicester have been linked with CSKA Moscow striker Ahmed Musa for the past week or so, but the Daily Express report that United have joined the race.

The Foxes have had an opening bid of just over £15million rejected for Musa, but the Russian club want £18.9million. Musa has ten goals in 29 appearances this season.

If you don’t believe the Express’s line, then here you go…

SKY SOURCES: #LCFC are in talks with CSKA Moscow for Ahmed Musa, but there could be competition from #MUFC #SSNHQ pic.twitter.com/Ozg1OL8sud

LIVERPOOL IN POLE POSITION
Good news and bad news for Liverpool fans. The good news is that you’ve been linked with a new midfielder. The bad news is that Joe Allen could be leaving.

That’s the claim from the Daily Mirror, who say the Reds are lining up Udinese central midfielder Piotr Zielinski. The 21-year-old would cost £11million, according to Matt Lewis.

Zielinski has impressed on loan at Serie A side Empoli this season, and the Mirror go on to report that while Liverpool want a deal done in January, they are willing to wait until the summer. The risk is that Zielinski could impress during the European Championships for Poland, thus increasing his valuation.

Now the bad news. Lewis reports that signing Zielinski would cast further doubt over Joe Allen’s future. The Welshman has been linked with a return to Swansea, and has struggled to hold down a first-team place this season. Liverpool are expected to hold out for around £90million, according to Football365 sources.

CAHILL UPDATE
‘Where could he go?’ we asked on Wednesday of wantaway Gary Cahill. ‘Liverpool’ replied many of you. ‘Roma’ replied no-one.

But the Italian side are the latest club linked to the England international. The Evening Standard claim that Roma ‘are considering a bid’ for Cahill, who is worried that his lack of playing time for Chelsea could impact on his European Championship chances with England. Chelsea ‘are unlikely to sell this month’, they add, but a deal could be revisited in the summer.

AND THE REST
Tottenham are ready to concede defeat in their attempts to land Fulham teenager Moussa Dembele…Liverpool have identified Javier Hernandez, the former Manchester United striker, as one of their priority targets as Jurgen Klopp seeks to overhaul his misfiring forward line-up…Chelsea want to keep hold of John Terry beyond the end of his playing career…Norwich are waiting for an answer over their bid to sign Chelsea rising star Patrick Bamford…Newcastle will give West Brom until the weekend to relax their stance on Saido Berahino – and will move for Loic Remy if the Baggies continue to refuse to sell…Reece Oxford’s loan move to Charlton is off – because boss Jose Riga did not know who the West Ham wonderkid was…Real Madrid defender Dani Carvajal has emerged as a top transfer target for Chelsea.