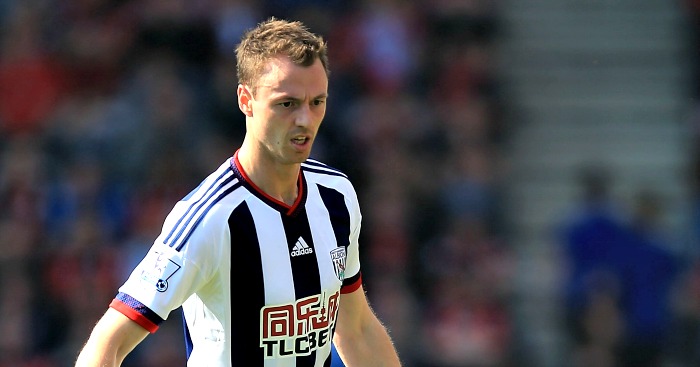 IT’S MUSTAFI OR EVANS FOR ARSENAL
At the start of the summer, Arsene Wenger spoke at length about how important it was for Arsenal to sign a new striker. Just over two months later, and the club’s priority lies at the other end of the pitch. Arsenal have an old-fashioned defensive crisis, and by ‘old-fashioned’ we mean ‘like in 2010’.

With Per Mertesacker, Laurent Koscielny and Gabriel Paulista all injured or unprepared for the new season, Wenger currently faces the possibility of Calum Chambers and Rob Holding as a partnership. Eeesh.

That situation leaves Arsenal desperately searching for a new central defender five days before their first league game. The Daily Mirror report that Wenger wants a deal in place before Friday, and will target either Jonny Evans or Shkodran Mustafi.

If it’s Mustafi, Arsenal are at least partly at fault. Valencia rejected a bid from Arsenal last week, and will presumably now hold out for a bigger offer. Sometimes you just have to bite the bullet and pay over the odds.

CHELSEA IN FOR ICARDI, NOT LUKAKU (AND SO ARE ARSENAL)
Arsenal face competition from Chelsea for Mauro Icardi after the Blues accepted defeat in their pursuit of Romelu Lukaku, according to the Daily Express and Daily Star. Those two really are the last bastions of transfer rumour accuracy.

Chelsea have chased Everton striker Lukaku all summer but are unwilling to meet Everton’s £75m valuation of the Belgian, who left Stamford Bridge for £28m only two years ago. That means Lukaku stays put for another year, and Chelsea change tact.

According to the Express and Star, Antonio Conte has earmarked Inter Milan captain Icardi as the man. Arsenal are also understood to be interested in the Argentinean, who could cost around £30m, but their hesitation in pursuing a deal could open the door for Chelsea to steal in. We’re still not sure Icardi is good enough.

BOLASIE OUT, BENTEKE IN AT PALACE
News from Crystal Palace now, with the Guardian reporting that an £18m bid from Everton for Yannick Bolasie has been rejected. That’s been on the cards for some time.

Palace have plenty enough wingers to cover for the absence of Bolasie, but are holding out for closer to £30m for their most valuable asset. Everton have been interested in the winger all summer, but have stalled over paying Palace’s asking price.

If Palace do sell Bolasie, they are likely to make their move for Liverpool striker Christian Benteke, who is yet to be the subject of any serious bids. Chunky Pardew sees Benteke as the ideal striker to feed off service from Andros Townsend and Wilfried Zaha.

AND THE REST
Pep Guardiola wants to sell Manchester City midfielder Samir Nasri, who he made train alone after returning from holiday overweight… Alongside Nasri, Eliaquim Mangala, Jesus Navas and Wilfried Bony will all be be allowed to leave Man City… Everton will renew their interest in Swansea captain Ashley Williams after having a £10million bid turned down for the defender… West Brom have lined up West Ham striker Enner Valencia after their move for Diafra Sakho collapsed… Sunderland defender Lamine Kone is an £18million target for Everton… Sunderland boss David Moyes wants to raid former club Manchester United for defender Paddy McNair… Juventus are eyeing a surprise £4million move for Newcastle goalkeeper Tim Krul… Gabby Agbonlahor has played his last game for Aston Villa after being left out of the squad for the opening day defeat to Sheffield Wednesday.