Home Gossip Gossip: Nagelsmann in if Ole loses to Norwich? 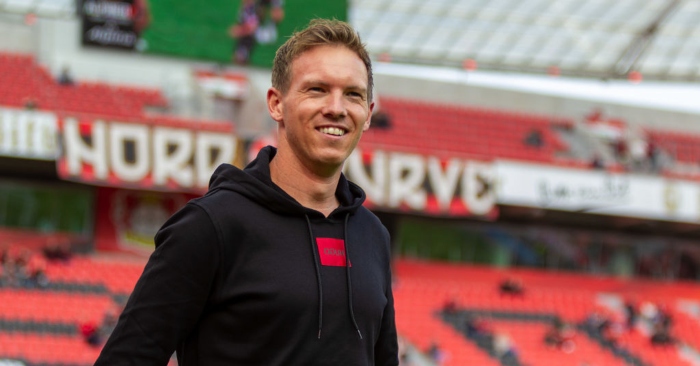 SOLSKJAER SAFE FOR NOW
Manchester United currently have no plans to get rid of Ole Gunnar Solskjaer. That’s according to The Telegraph, who suggest that Ed Woodward appreciates the need for patience and that he never expected the club to right itself inside a single transfer window.

How about nine, Ed?

James Ducker’s report also suggests that injuries are playing a part too, with the recent performances being explained away – internally at least – by the club’s absentee list.

D-DAY AT CARROW ROAD THOUGH?
Alternatively, The Sun believe that Solskjaer is ‘a game away’ and will be sacked if United lose to Norwich. The story also includes this line which is about as unwittingly damning of United’s situation as it could possibly be.

‘United are instead looking at the trip to Carrow Road on Sunday October 27 as the acid test.’

Because Liverpool at Old Trafford on October 20 is a lost cause? Probably so, it’s a beating waiting to happen, but if that’s the assumption inside the club then maybe delaying this decision isn’t entirely necessary?

BRIGHT YOUNG THING
And if they do sack him, Manchester United apparently want RB Leipzig boss Julian Nagelsmann as Solskjaer’s replacement. Although Max Allegri could have something to say about that.

The Daily Mail report that United have already started their ‘groundwork’ on Nagelsmann – what does that mean? – and that ‘Sportsmail understands United currently have Nagelsmann down as one to watch for further down the line’.

Goodness. Nothing gets past Ed Woodward, does it?

CLOSING DOWN SALE AT SPURS
Everyone is for sale at Tottenham. Tell us something we don’t know, The Times.

In addition to Toby Alderweireld and Christian Eriksen, who’ve made it plainly clear how uncommitted they are to Mauricio Pochettino’s rebuild, Eric Dier, Victor Wanyama and Serge Aurier are all available for transfer. As is Danny Rose, if anyone’s looking for a full-back willing and able to frequently discuss club business with the press.