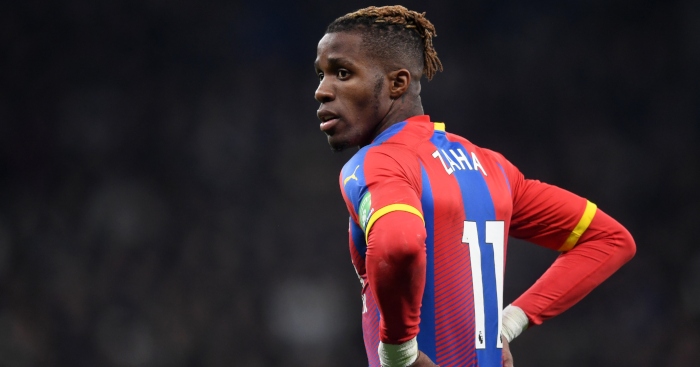 CHELSEA EMERGE AS ZAHA CHASERS
Arsenal’s hopes of landing a Wilfried Zaha appears to have taken another hit by the news that Everton have made a serious bid for the Palace winger – but even they fear it won’t be enough.

Accoring to The Telegraph, the Toffees have approached Palace with a deal that would see Cenk Tosun head to Selhurst Park with a cheque for £60million in his washbag. That might suit Palace since they desperately need a striker and they have been interested in Tosun before. Plus, the cash element of the deal is significantly higher than what Arsenal have indicated they can pay.

But Everton are concerned that it won’t be enough. But Chelsea have come from nowhere to position themselves among the leading pack for Zaha.

The Blues are banned from making signings this summer and possibly in January too. But that could suit Palace. Chelsea are keen to arrange a deal for when they are out of transfer jail which would enable Zaha to spend another year at Selhurst Park before moving across London. Zaha is aware of the prospect and Palace reckon that cooperating with Chelsea will increase their chances of getting back Michy Batshuayi.

UNITED’S HAND FORCED OVER MAGUIRE
With less than a fortnight until the window closes, Manchester United continue to faff about while Ole Gunnar Solskjaer waits for two more signings.

One is obviously Harry Maguire. Developments are thin on the ground other than The Mirror reckons Eric Bailly’s injury yesterday will force United to come up to Leicester’s valuation. As if Bailly, or any of United’s current centre-backs, have any influence on the Maguire interest. Solskjaer is hardly chasing the England defender because he’s short-handed – there are bloody loads of central defenders arc Old Trafford. The problem is most of them are crap, and Bailly’s injury hasn’t changed that.

MORE DOUBTS OVER POGBA EXIT
United have rather longer to get deals done to sell Paul Pogba and Romelu Lukaku. The European window doesn’t close until the end of next month, but the Red Devils can’t replace them if either moves after August 8.

It sounds like United have contingency plans in place for Pogba’s exit. The Mirror reckons Sergej Milinkovic-Savic is putting the final touches to the personal terms of a £70million move to Old Trafford from Lazio, with his agent said to be flying in to England to complete the move. Which seems to have been the case for a fortnight now.

This latest whisper comes with the caveat that Milinkovic-Savic will only join United should Pogba leave. But Real Madrid are little closer to funding a move, and though Juventus could sell Paulo Dybala – possibly to Spurs for £80m – to raise the cash, Pogba is known to prefer a move to the Bernabeu.

The Daily Express doubts that any of that will happen. Their ‘exclusive’ claims that United have no interest in SMS and that Pogba is most likely to stick around for at least another season. And we’ll do the same dance all over again next year.

AND THE REST
Arsenal, Wolves, Fiorentina and Valencia are among the clubs interested in Juventus midfielder Sami Khedira… Wolves are close to signing Real Madrid defender Jesus Vallejo on a season-long loan and AC Milan striker Patrick Cutrone for £17m… Monaco want Southampton defender Cedric Soares… Borussia Dortmund are in talks with Barcelona over a £37.5m move for Malcom… Middlesbrough are expected to sign Marcus Browne from West Ham United…. Nicolas Pepe’s agents have been in Napoli to discuss a move from Lille after the Serie A club met the £73million valuation… Newcastle have offered £20m for Nice winger Allan Saint-Maximin.