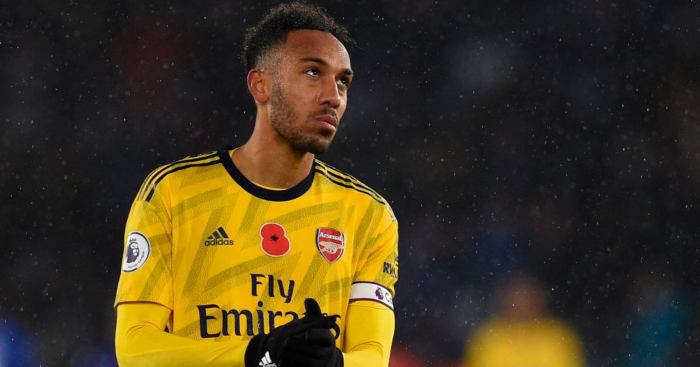 SEVEN LINKED WITH ARSENAL JOB
Not sure if you heard, but Arsenal sacked Unai Emery yesterday. So this morning brings lots of whispers over who will replace him.

Just the seven names in the frame, not including the fella who has taken immediate charge. Freddie Ljungberg is the caretaker boss but The Times reckons the former midfielder could be set for a prolonged stint while the club gets its sh*t together.

Every other outlet is punting on a new face at the Emirates. Here we go…

The Mirror says the Gunners will make a play for Brendan Rodgers while The Sun claims they have made contact with ex-Valencia boss Marcelino. The Telegraph states the obvious by reporting that Mauricio Pochettino, Nuno Espirito Santo, Massimiliano Allegri and Carlo Ancelotti are all contenders, but the Daily Star says Pochettino will reject any overtures as he waits for a bigger club. Finally, The Independent writes that Arsenal will approach Mikel Arteta once more, 18 months after he was overlooked in favour of Emery.

ALLEGRI HAS EYES ON ANOTHER JOB
Allegri, along with Ancelotti, is one of the most qualified candidates for the job, though his lack of English may be a problem to a club who just sacked one manager largely because he struggled with the language.

The former Juventus and AC Milan boss might not be interested anyway. DiMarzio suggests there is only one job which could tempt Allegri back into work before the start of next season – and it’s not Arsenal.

Nope, Allegri will only gets his hands dirty this season for Manchester United., apparently.

REAL PROPOSE ARSENAL SWAP
One of the lines in Friday’s Gossip has been stretched a little further, with Arsenal’s fondness for James Rodriguez possibly set to cost them their best player.

Pierre-Emerick Aubameyang was one of the stars said to be stalling over a new deal at Arsenal while Emery remained in charge but the manager’s exit could make little difference to the Gabon striker unless the new boss magically turns the Gunners into a functioning unit and somehow gets them back int he Champions League next season.

Real Madrid are keen on Aubameyang and, according to El Desmarque, they know the Gunners want James. So a part-exchange could be offered by Real.

And swiftly rejected, you would think. But, Arsenal.

AND THE REST
Jadon Sancho’s issues at Borussia Dortmund have been resolved and a January exit is now unlikely… Inter Milan are leading the race to sign  Olivier Giroud in January… Manchester City are in talks over River Plate midfielder Nicolas De La Cruz.