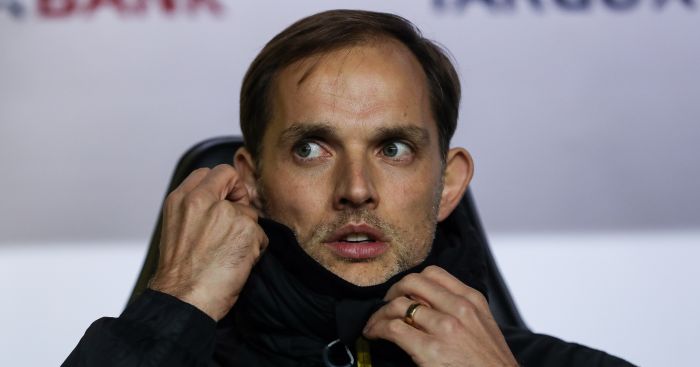 A LOT OF OPINIONS ON THE NEXT EVERTON MANAGER
– The Daily Mirror say that Everton want to appoint ex-Borussia Dortmund manager Thomas Tuchel as their new boss. They say Tuchel is their No.1 target. That one’s David Maddock.

– The Sun have an exclusive on the news that Everton actually want Carlo Ancelotti to come back to the Premier League and be their new boss, and have Paul Clement – manager of Swansea City – as his assistant. That one’s Alan Nixon.

– The Daily Telegraph say that Sean Dyche has emerged as one of Everton’s top targets, and that’s a view backed up by the Daily Mail.

– The Guardian report that David Unsworth will take temporary charge of the club, and wants the job on a permanent basis. Sadly, it doesn’t really matter what he wants.

SOLER-POWERED MANCHESTER UNITED
Another exclusive now, and this time regarding a player. In The Sun, Mike McGrath claims that Manchester United have opened talks with Valencia over the signing of Spain Under-21 international Carlos Soler.

Soler is a central midfielder who Jose Mourinho reportedly believes can join Paul Pogba and Nemanja Matic to make the perfect midfield three. McGrath says that Manchester United want to sort out a deal ‘NOW’ (capitalised and emboldened) in order to avoid the faff of negotiating in a transfer window.

‘Liverpool will reportedly make a move for Paris Saint-Germain forward Julian Draxler in January,’ is the Mirror’s take. ‘The Reds are desperate to hold on to star midfielder Philippe Coutinho but are understood to be making plans in case they are forced to sell.’

You’ll be hearing more about this one later.