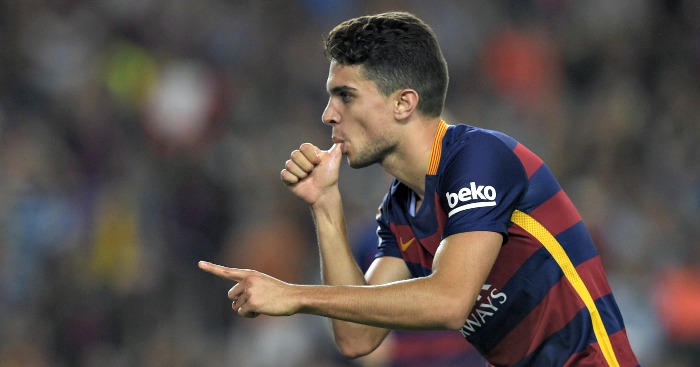 ALL IN THE NEYM
Not heard anything about Neymar recently, have we? Considering he joined Manchester  no-one in either the summer or winter transfer windows, things have been remarkably quiet on the Brazilian front.

Leave it to ESPN Brazil to fix that. ‘Neymar has signed a new five-year deal with Barcelona,’ they tell us. The deal was reportedly signed in December, but the 24-year-old’s recent tax issues have delayed any official announcement. Regardless, it will come as a hammer blow to Ed Woodward in particular, who harboured ever-so ridiculous hopes of signing him.

We would of course be wrong. Wenger is instead eyeing up Newcastle goalkeeper Freddie Woodman. The 18-year-old is out of contract at the end of the season, and the London club are interested. According to ClubCall. Wait, ClubCall is still a thing? Incredible.

What’s more, ClubCall published their story linking Arsenal to Woodman on February 23. And it’s obvious the Express lifted it, considering both outlets claim Woodman is 19. Excellent work all round.

But there was another link, wasn’t there? The Gunners also want Rolando Aarons. So says Tuttomercatoweb. Because spurious Italian websites are always the place to go when you want transfer rumours on an English club buying a Jamaican-born English player from another English club.

MANCHESTER BATTLE ETC
Remember when Reece Oxford was a thing? Much like Marcus Rashford in the coming days, we all learnt five things things we didn’t know about Oxford earlier this season. The defender enjoyed his breakthrough moment in the opening game of the campaign, excelling in a defensive midfield role against Mesut Ozil and Arsenal. Since, he has played just 73 minutes. In his defence, he only turned 17 in December.

Joe Halligan of The Sun sees to it that Oxford returns to our thoughts on Friday. He reports that Manchester City ‘are stepping up their interest’ in the West Ham youngster, and that Manchester United, along with Arsenal and Liverpool, are also monitoring his progress.

In all truth, the report doesn’t really say much at all. It is not an exclusive, nor is the claim attributed to another source. Halligan writes that City are ‘ready to test the Hammers’ mettle with a bid’, with Pep Guardiola keen to ‘overhaul his squad’, but there is no chance their valuation matches West Ham’s. Oxford is 17, has huge promise, and has two years left on his contract at Upton Park.

BARTRA AND TRADE
‘Manchester United are hoping to injure Marc Bartra in the warm-up,’ is how The Sun’s first paragraph does not read on Friday morning. According to Dave Fraser, the club are considering making a bid for the Barcelona centre-half.

The story is 102 words long, which is a commendable effort. Fraser tells us that United are ‘in desperate need of reinforcements’, and that Bartra is on their shortlist. The 25-year-old is not Gerard Pique or Javier Mascherano, and has therefore started just three La Liga games this season. He was presumably impressive in each of them, as United ‘are said to be happy’ to spend £10million in the summer.

AND THE REST
Francesco Totti has emerged as a summer target for Leicester…Pep Guardiola wants Manchester City to take on Chelsea in the race for Ajax midfielder Riechedly Bazoer…Andriy Yarmolenko’s agent has talked up the chance of his client joining Arsenal this summer…Michael Carrick has turned down the chance to join the Chinese Super League exodus…Tottenham are plotting a summer move for Napoli striker Lorenzo Insigne as long as they secure a place in the Champions League…Andres Iniesta and Gerard Pique asked about Hector Bellerin’s situation at Arsenal after Barcelona’s 2-0 Champions League win on Tuesday…Real Madrid and Barcelona will battle it out for Riyad Mahrez this summer, with a £25m offer on the cards…Chelsea will make a summer move for £30m rated AC Milan defender Alessio Romagnoli as they look for a long-term replacement for John Terry…Manchester United are facing a challenge from Chelsea in their bid to sign Paris Saint-Germain striker Edinson Cavani.