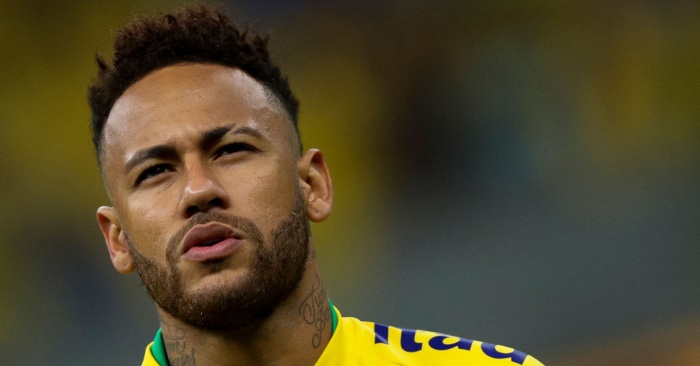 NO, NEY, NEVER
“The players will have to assume their responsibilities even more than before. […] They are not here to please. And if they do not agree, the doors are open. Ciao! I do not want to have any celebrity behavior anymore,” is the telling quote from PSG owner Nasser al-Khelaïfi in France Football this week. French newspaper L’Equipe have taken those quotes, added their own inside knowledge and a little bit of logic and decided that Neymar is for sale this summer.

The problem is that PSG will not sell for less than £200m and who is going to pay that kind of money for a 27-year-old who has started only 16 Ligue Un games this season? Barcelona have of course been mentioned, but are they going to pay that kind of money – plus wages – when they have just won La Liga without him? And if PSG sell Neymar, where does that leave Kylian Mbappe? PSG apparently have three players they consider untransferable – Marco Verratti, Marquinhos and Mbappé – but how long will the young Frenchman stay at PSG without Neymar?

TIELE IT TO MY HEART
Manchester United wanted two midfielders even before Paul Pogba said he wanted out of the club – according to the Daily Telegraph – so they might find themselves needing three. But one of those will not be Youri Tielemans. According to them, ‘the Monaco and Belgium midfielder who spent last season on loan at Leicester City, is one of numerous players to have been offered to United but the club are not thought to be pursuing a deal for the 22 year-old and are instead focusing on other targets’. They claim that his £40m valuation is also putting off Leicester City.

Meanwhile, Mundo Deportivo are trying to help Barcelona shift some unwanted players and claim that both Philippe Coutinho and Ivan Rakitic are wanted by Manchester United. We see you, MD.

TRIPPER TO JUVE?
‘Juventus will target Tottenham’s World Cup star Kieran Trippier should they sell Joao Cancelo, their Portugal right-back, to Manchester City,’ claimed the Sunday Times on, well, Sunday. As we missed it on Sunday and it has amused us greatly, we are repeating it here.

Basically, Cancelo could join Manchester City for £45m as a long-term upgrade on Kyle Walker and Juventus will spend £30m of that money on England’s erstwhile full-back Trippier, who was dropped by Gareth Southgate for the Nations League.