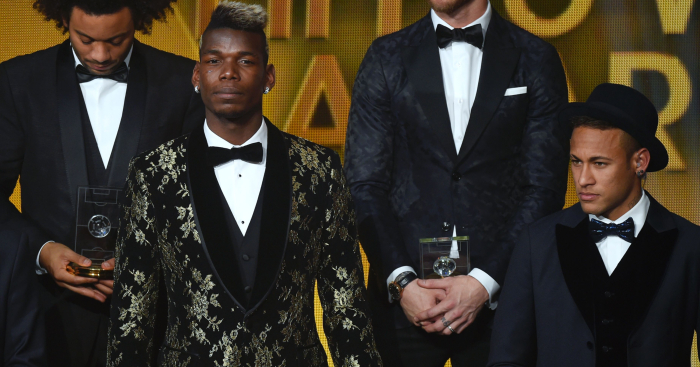 That’s the prospect that has been discussed between the two stars, apparently, amid Pogba’s continued unrest at Manchester United.

Pogba has fallen out with Jose Mourinho, who was set to be sacked but now he isn’t, and the France midfielder is keen to move in January.

Barcelona has been Pogba’s preferred destination but there are questions over whether the Catalans can afford the transfer fee, the player’s wages and a fat commission for Mino Raiola.

So, according to Goal, Neymar has been on the phone to Pogba to check whether he fancies moving to PSG.

Neymar has been linked with an exit from the Ligue 1 champions, but that didn’t stop him dialling Pogba’s digits late last month, apparently.

PSG have money worries of their own in that they’ve got bloody loads of it, but they can’t spend it without UEFA breathing down their necks.

ARSENAL’S ALMIRON DEAL DONE?
Arsenal are chugging along quite nicely at the moment, even if there is still plenty for Unai Emery to chew on. One of the new manager’s concerns centres around the strength in depth of his squad but reinforcements may be on the way from MLS.

Atlanta United midfielder Miguel Almiron is destined to move to the Emirates in January for around £11.4million. That is the claim attributed to MLS club’s president Darren Eales, at least.

He supposedly told FOX Deportes USA: “Almiron’s future is already decided and will go to England in the European winter market.”

Almiron is a Paraguay international midfielder who has had a direct hand in 25 goals in 31 MLS appearances this season. The 24-year-old has scored 12 and assisted another 13.

AND THE REST
Crystal Palace would be interested in re-signing Chelsea’s Ruben Loftus-Cheek…Cesc Fabregas hopes to be offered a new deal by Chelsea… Gary Cahill has hinted he is prepared to stay at Chelsea for the rest of the season but Southampton are interested…Saints are also hoping to beat Marseille and Lille to 17-year-old winger Enzo Robise…James Rodriguez is angry at being left out of the Bayern Munich team and has threatened to leave but Bayern manager Niko Kovac has denied there is a rift between himself and Rodriguez… Everton boss Marco Silva will not consider making signings in January until he has been able to assess each member of his squad.