Home Football Transfer Gossip Gossip: Neymar or Mbappe out, Milner in at PSG? 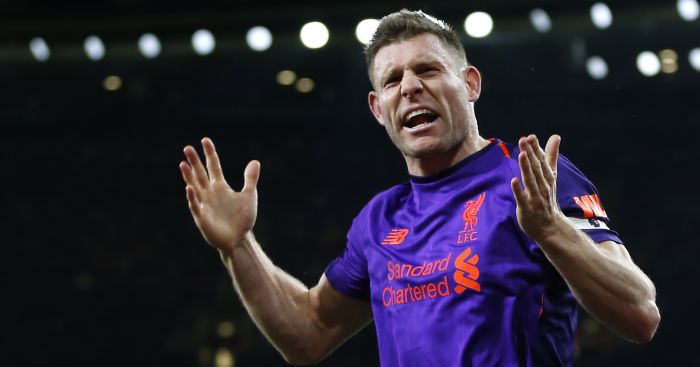 PSG CONSIDER MILNER MOVE
Thomas Tuchel admitted on Sunday that he would be naive to promise that Neymar and Kylian Mbappe will still be at PSG beyond the end of the summer. So should the Parisians lose either of their superstars, they are being linked with the only player capable of filling the glitz and glamour void: James Milner.

The Liverpool utility man is out of contract next year and it remains unclear what the 33-year-old’s next step might be. Milner has been linked with a return to Leeds but, according to Le Parisien, PSG have discussed the prospect of making an offer this summer.

PSG are looking to remodel their midfield, with Ander Herrera on the way from Manchester United and Napoli’s Allan also a target. Tuchel might be keen to hold on to Neymar and Mbappe but Julian Draxler, Thomas Meunier, Christopher Nkunku, Stanley Nsoki and Eric Choupu-Moting can all go.

Clarke caught the eye during his breakthrough season at Elland Road, with Crystal Palace failing to sign the 18-year-old in January. Now Spurs are sniffing, Leeds have made clear what they expect.

The Championship side want £20million for their academy graduate, and if Spurs stump up, there is a good chance they would loan the York-born prospect back to Leeds for the season. Which makes sense.

CITY JOIN TIELEMANS RACE
Leicester have got plenty of company in their chase to sign Youri Tielemans. The 22-year-old was superb during his loan spell at the King Power and the Foxes, not surprisingly, are keen to make it a permanent move.

But Manchester City are looking to catch up quick. The Sun reckons City chiefs have been in touch with Tielemans’ representatives after Pep Guardiola was so impressed by the Belgian midfielder’s performance in Leicester’s 1-0 defeat at the Etihad on the penultimate weekend of the season.

Manchester United have also been linked with a dash for Tielemans, who is available for around £40million, which represents a tidy profit on the £23million Monaco paid Anderlecht in 2017.

AND THE REST
City and United will compete for Joao Cancelo if Juventus’ new manager is open to selling… Zinedine Zidane wants to keep Sergio Ramos despite interest from Manchester United… Nicolo Zaniolo is optimistic about signing a new deal at Roma… Marcos Rojo says he he has been told that he has a future at Manchester United… Bayern Munich have told Jerome Boateng he can leave… Jose Mourinho is yet to decide where his next managerial role will be.