Home Gossip Gossip: One in, one out at Arsenal; Chelsea plot PSG raid 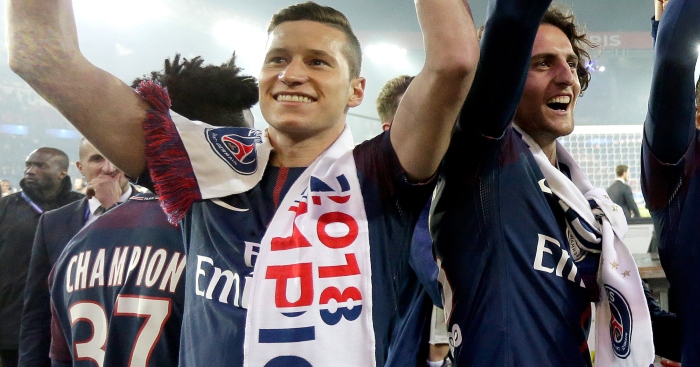 ARSENAL STAR KEEN TO QUIT FOR GERMANY RETURN
A couple of days after Mikel Arteta made a fuss of Granit Xhaka, it seems the Switzerland midfielder could be the first exit of the new era at the Emirates.

Xhaka has been linked with a move to Hertha Berlin next month and his agent has told German outlet Blick that a deal has been agreed between the player and the Bundesliga club. All that is left now is for Arsenal to agree a fee, though Hertha may have to improve upon the £12million they have offered since Arsenal paid nearly three times that amount three and a half years ago.

GUNNERS TO GO FOR RABIOT
Perhaps Xhaka has heard that Arteta wants to bring Adrien Rabiot to Arsenal.

The midfielder hasn’t had a good start since moving to Juventus in the summer on a free, starting only five Serie A matches this season and the Serie A champions are said to be intent on reshaping their midfield despite signing both Rabiot and Aaron Ramsey as free agents.

The Times reckons Arteta has told Arsenal to make an approach to Juve over a possible loan deal for Rabiot. But Juve are said to be keen to keep the 24-year-old around and instead offload Emre Can, who has been linked with Manchester United.

CHELSEA PLOT DOUBLE RAID ON PSG
Idrissa Gueye was one of the midfielders PSG replaced Rabiot with, but reports this morning suggest the former Everton midfielder could be making a swift return to the Premier League.

Le10 Sport says Chelsea are eyeing a double deal with PSG for Gueye and Julian Draxler. Hertha Berlin are also keen on Draxler but Frank Lampard is reportedly hoping the Germany international might fill the creative void at Stamford Bridge. He has started only five games for PSG during an injury-hot campaign so far.

The French champions would surely be more willing to sell Draxler than Gueye. The Senegal midfielder has been a regular in his first season in Paris so this one seems a non-starter.

AND THE REST
Willian is in contract talks with Chelsea… Bayer Leverkusen are reluctant to listen to offers for Arsenal target Kevin Volland… Bayern Munich will wait until the summer to sign Leroy Sane for £85million…. Arsenal midfielder Mohamed Elneny is in talks over a move to AC Milan…Real Madrid could recall on-loan star Martin Odegaard early from his two-year loan at Real Sociedad.