Home Home Page Front Page Gossip: One right-back in at Man United, another out? 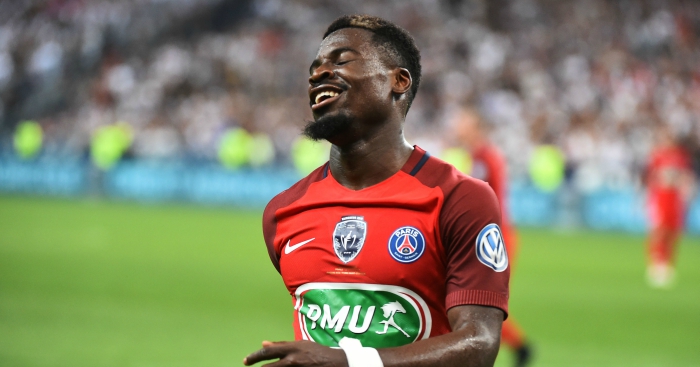 MAN UNITED AGREE AURIER DEAL
While Manchester City, Arsenal and Liverpool have all bought full-backs this summer and Chelsea clearly want at least one, Jose Mourinho seems to have opted for a different strategy at Manchester United. Mourinho has focused on the spine of his team, with Romelu Lukaku, Victor Lindelof and Nemanja Matic all moving to Manchester.

That might now change, however, with Mourinho getting on board the full-back wagon. The Daily Mirror say that United have agreed a deal to sign Paris Saint Germain right-back Serge Aurier for £27m.

As The Daily Mirror reference, Aurier is currently awaiting his appeal for a conviction that means he is banned from entering the UK. Another interesting line in the Mirror is that United have employed Mino Raiola to broker the deal between Aurier’s agent and the club. That man really does have his fingers pushed into every Manchester United pie.

ARSENAL TEAMMATES CONVINCED SANCHEZ WANTS TO LEAVE
Is Alexis Sanchez’s Arsenal team mates really were surprised to learn that Sanchez wants to leave the club, they really had managed to miss the worst-kept secret in football.

According to the Daily Mail, Sanchez’s return to training on Tuesday ‘left his colleagues under no illusion of his preference to leave’. Refusing to countenance signing his new contract probably did that too.

Elsewhere in that Mail piece, they reinforce the message from Arsene Wenger that he will not sell Sanchez, and certainly not to an English club. We still can’t help thinking that PSG sign Sanchez if they miss out on Neymar.

FOSU-MENSAH OUT ON LOAN?
A new and interesting line coming out of Manchester United concerns the future of Timothy Fosu-Mensah, rated by supporters as one of the club’s best young talents. The Sun report that Fosu-Mensah is wanted by Watford on a season-long loan deal, with Marco Silva impressed by his versatility.

Having made 11 appearances in all competitions for United last season, perhaps it would make sense for Fosu-Mensah to get some regular first-team football. Quite whether that happens at Watford, who seem to have a particularly weird squad and a poor record of playing young players, is a different matter.

That said, Fosu-Mensah has played a part in United’s preseason games. Unless they buy another full-back, is he not useful backup in a number of positions?

CHELSEA WANT CANDREVA
Antonio Candreva has been linked with a move to Chelsea for most of this summer, but it has constantly felt like a move is one the other side of town rather than just around the corner. That might change now.

The update is that Inter – where Candreva plays – appear to have won the race to sign Lazio’s Keita Balde, which would thus make them more likely to sell Candreva. He would probably take over from Victor Moses in the right wing-back role, and certainly give Chelsea more strength in depth in that position.