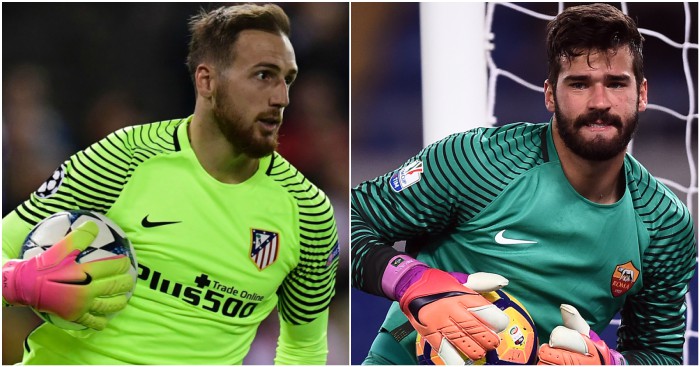 LEWANDOWSKI DEAL DONE
Robert Lewandowski has agreed in principle to join Real Madrid next season, with Florentino Perez apparently pessimistic over the chances of making his ‘dream’ deal for Harry Kane a reality.

That is the claim from Mundo Deportivo, which reports that Lewandowski’s new agent Pini Zahavi spoke to PSG, Arsenal and Chelsea but the Poland striker was insistent on Real.

Of course, there is the small matter of Bayern to consider. Lewandowski is under contract for another three seasons so he won’t come cheap, if indeed Bayern make him available at all. But this report suggests that in comparison to Kane, ‘the Pole is more affordable and is a proven scorer’.

It seems to be good news all round for Spurs, with Real also said to be extremely sceptical of tempting Mauricio Pochettino away from north London any time soon.

OPENING ALISSON OFFER MADE
Napoli have begun the bidding for Alisson, though Roma most likely told their Serie A rivals where to stick their lowball offer.

According to Sportitalia scribe Alfredo Pedulla, Napoli opened with an offer £35million for the Brazil stopper. Roma, apparently, won’t consider anything below £50million, though even that figure is considerably lower than some of the estimates that have been discussed.

Liverpool have been tracking Alisson all season but their failure to secure a deal has opened up the door to Europe’s other big-hitters.

Real Madrid are reportedly interested, which is music to Alisson’s ears…

ARSENAL AND LIVERPOOL ASK OVER OBLAK
With Alisson perhaps out of reach, Liverpool are reported to have joined Arsenal in making enquires over Jan Oblak.

The Atletico Madrid keeper has a buy-out clause worth around £88million and the Rojiblancos have made it quite clear to the Slovenian’s suitors that they will not accept a figure too far below that amount.

AS says that hasn’t put off Arsenal, with Raul Sanllehi said to be especially keen on the 25-year-old. But the report appears simply to list clubs who might be on the lookout for a keeper this summer, with PSG also named as well as Liverpool.

If Liverpool don’t want to pay upwards of £60million for Alisson, they aren’t likely to go way above that for Oblak. Jack Butland it is then…

AND THE REST
Everton are willing to pay Jack Wilshere an £8m signing-on fee to join the club this summer…Borussia Dortmund are interested in West Ham winger Domingos Quina…Spurs will open contract talks with Son Heung-min…Leicester assistant manager Michael Appleton is thought to be high on West Brom’s list of contenders to replace boss Alan Pardew…Wolves will challenge Arsenal for AC Milan striker Andre Silva.